Education Secretary Gavin Williamson is expected to admit today that not all pupils will go back. 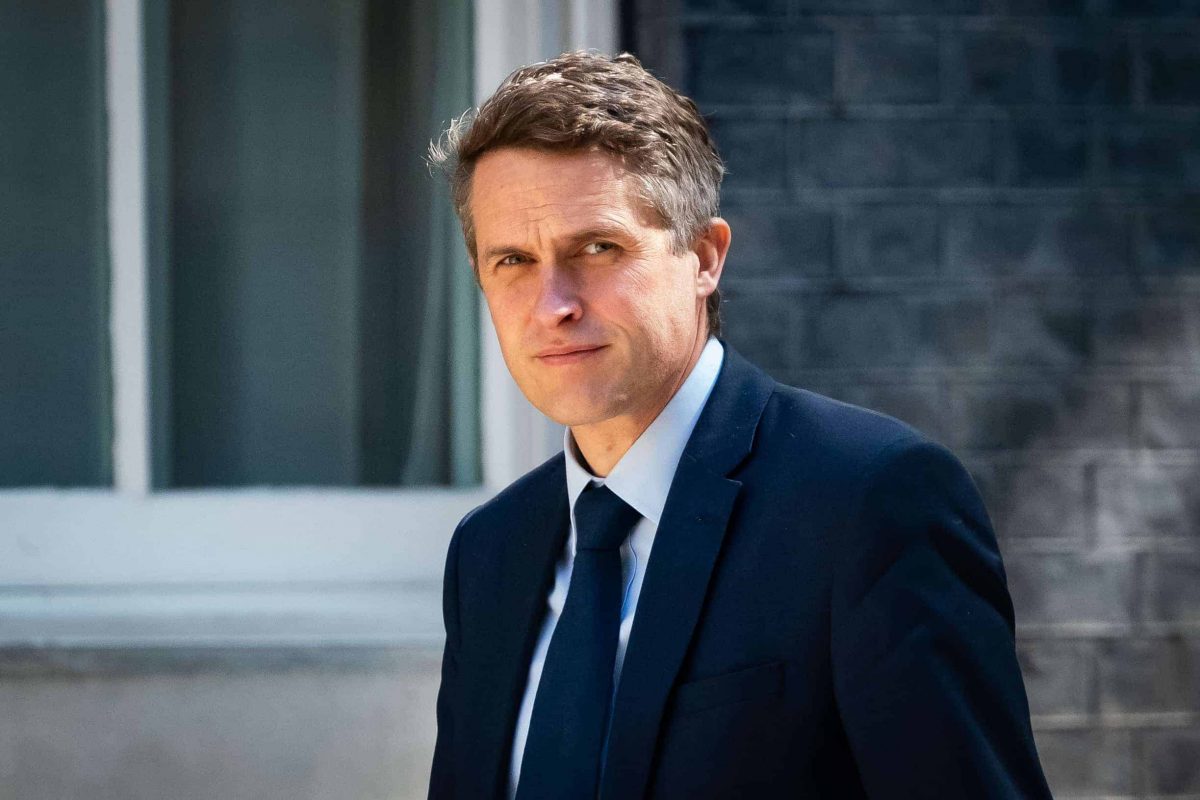 The Government’s plan for children to be able to return to primary schools in England before summer look to be in disarray, with Education Secretary Gavin Williamson expected to admit on Tuesday that not all pupils will go back.

The aim had been for all primary pupils in England to spend four weeks in school before the summer break, but some schools say they are already full and cannot accommodate more children.

Department for Education guidance says school classes should be capped at 15 pupils, but some schools have admitted fewer pupils than this during the phased reopening for the school years Reception, Year 1 and Year 6.

Schools have said they are limited by classroom sizes, the need for social distancing and inadequate staff numbers.

The BBC reported that schools will now be given “flexibility” by the Government over whether or not to admit more pupils.

Headteachers’ leaders said it had never been a practical possibility to open schools further.

Geoff Barton, general secretary of the Association of School and College Leaders, said he was not surprised the plan to bring back all primary pupils before the summer holidays had been dropped.

He said: “The ‘ambition’ to bring back all primary year groups for a month before the end of the summer term was a case of the Government over-promising something that wasn’t deliverable.

“It isn’t possible to do that while maintaining small class sizes and social bubbles, so we aren’t surprised that the policy has been jettisoned.”

Ian Robinson, chief executive of the Oak Partnership Trust which has schools in Taunton, Somerset, said he did not think lessening the social distancing restrictions from two metres to one would help matters in schools.

“We’ve worked on the principle of no more than 15 children per classroom, so one of our schools, when we’ve got all three of our year groups in and over 50 key worker and vulnerable children in, have 250 children on site – they have got 12 classrooms,” he said.

Mr Robinson said it was not a “silver bullet” to bring disadvantaged children in before the end of term and said there were “broader” issues to resolve, including making laptops more available and continuing free school meals during the summer holidays.

He added: “I’m not sure there is much of a gain to bringing children back for four weeks, to be honest.”

Anne Longfield, the Children’s Commissioner for England, said news that all primary school children would not go back before summer was “a huge disappointment”.

“It does mean that the vast majority, probably about eight million children, very likely won’t return to the classroom until September, which means that, again, there will be a huge variation in their learning over that period.”

She said children will remain “isolated”, with many living in “fragile” family environments.

“I hope that Government doesn’t just write off this period,” she said.

Ms Longfield also said she was “incredibly concerned” about the long-term impact on children’s education and wellbeing.

“We know that there’s a real variation in learning. We’ve got some children, more affluent children, especially those going to private schools, who are literally attending Zoom schools from nine till three in the afternoon with lessons as normal.

She told BBC Breakfast: “I think it’s a huge disappointment for those children who’d expected to go back into school before the summer now now may not.

“And we know that 90% of disadvantaged children aren’t going online for more than two hours, if that.

“We also know there’s about a million children who just don’t have the tech or the broadband to be able to learn in this way.”

She added: “Children are isolated, missing their friends, real mental health concerns, and also concerns about safeguarding when they’re at home.”

The Children’s Commissioner said the Government should look at what Wales is doing regarding schools.

“First of all, when we look at Wales, they’re running a very different model where actually children are coming into school for a third of the week before the summer, which I think is interesting and Government should look at,” she said.

“And the other is that children will still need to learn during this period and there will need to be mitigation to compensate for the fact they’re not in school through online learning but also potentially catch up, and summer camps to help them emotionally.”

Health Secretary Matt Hancock conceded on Monday that secondary schools in England may not fully reopen until later than September despite saying coronavirus is “in retreat” across the UK.

Boris Johnson will speak with his Cabinet on Tuesday morning before Mr Williamson delivers a statement to Parliament on the wider reopening of schools.

On Monday, Mr Hancock unveiled plans for pupils and teachers across England to receive coronavirus testing to monitor the spread of the disease as classes resume.

With approval from parents and guardians, children will be tested to see whether they have Covid-19 or have had an infection in the past under the surveillance programme.

Mr Hancock is aiming to have up to 100 schools tested across England by the end of the summer term, with around 200 staff and children involved at each of those schools.