Matt Hancock made the announcement on Twitter, giving people just hours to prepare. 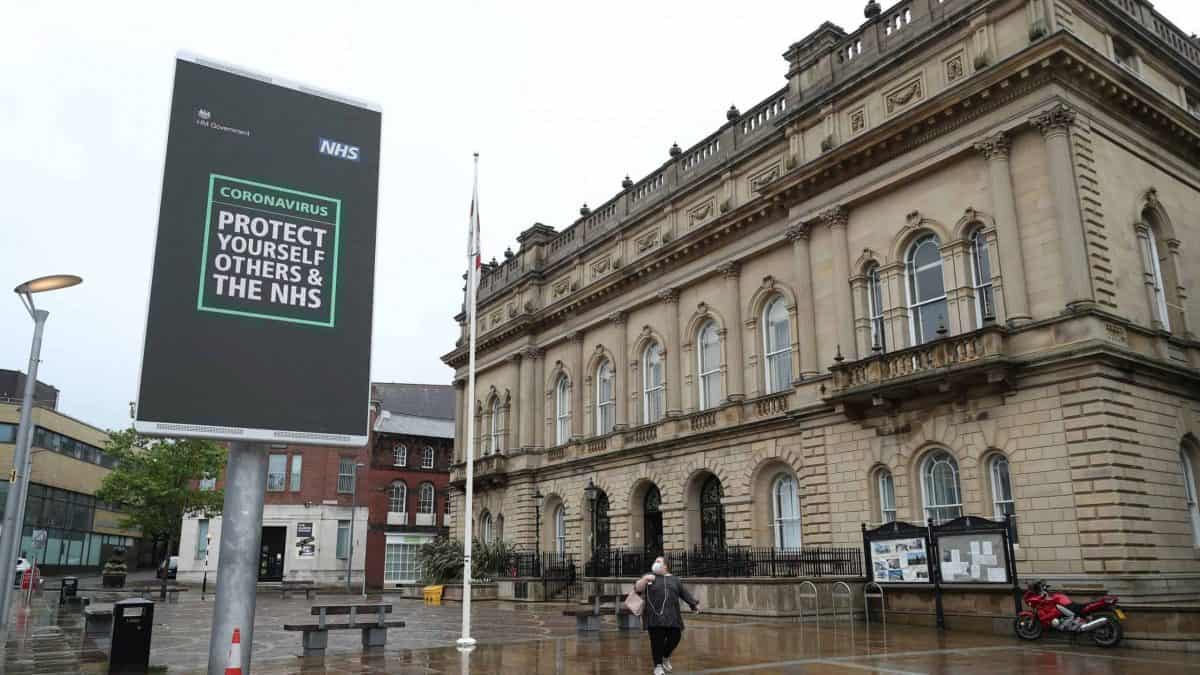 The Government has been slammed for announcing new coronavirus restrictions on parts of the north west England “late at night” and just hours before they came into force.

1/4 We're constantly looking at the latest data on the spread of coronavirus, and unfortunately we've seen an increasing rate of transmission in parts of Northern England.

The restrictions, which came into force at midnight on Friday, cover the whole of Greater Manchester, as well as the east Lancashire boroughs of Blackburn with Darwen, Burnley, Pendle, Rossendale and Hyndburn.

Scottish National party MP Dr Philippa Whitford said: “Do you seriously think this is the way to announce such a huge #Lockdown – 10 o’clock at night to start at midnight?

No one would argue with putting in place local action to reduce the transmission of coronavirus.

But announcing measures affecting potentially millions of people late at night on Twitter is a new low for the government’s communications during this crisis.

Labour leader Sir Keir Starmer also suggested the announcement would have been better suited to a press conference.

He tweeted: “No one would argue with putting in place local action to reduce the transmission of coronavirus.

“But announcing measures affecting potentially millions of people late at night on Twitter is a new low for the Government’s communications during this crisis.

“When the Government ended the daily press conferences, they said they would hold them for ‘significant announcements’, including local lockdowns. It’s hard to imagine what could be more significant than this.”

Representatives of the affected areas also took issue with the timing and manner of the announcement.

Claudia Webbe, Labour MP for Leicester East where restrictions were introduced on June 29 and will remain, said: “If you are confused by the Govt message in relation to #LeicesterLockdown don’t worry you are not alone as the good people of Greater Manchester, parts of West Yorkshire & East Lancashire are confused too.

“Don’t worry if you missed it the Govt announcement was made on Twitter!!”

Narinder. Like you I haven’t a clue what’s going on. I don’t even know who’s taking the decision and they certainly don’t involve anybody who knows anything about our city #Leicester. Just hoping they decide to let us out of this crude city-wide lockdown. https://t.co/8BCL0L4QNc

Lack of planning and clarity

Leeds North West MP Alex Sobel said: “Government gave information very late and with a lack of clarity to local councils, MPs and it seems within the Department of Health.

“The lack of planning and clarity of what to do in different scenarios is breathtaking. Surely they planned these scenarios out!”

Before the announcement was made, Leicester Mayor Sir Peter Soulsby said that he did not have “a clue what’s going on”.

He said: “I don’t even know who’s taking the decision and they certainly don’t involve anybody who knows anything about our city.”

Despite the confusion in the lead up to the announcement, some supported the Government decision to take action.

Mayor of Greater Manchester Andy Burnham urged locals to remain “vigilant” and protect one another.

“Over recent days, there has been a marked change in the picture across Greater Manchester with regard to the spread of Covid-19,” he said.

“We have always said that we will remain vigilant and be ready to respond quickly should the need arise.

Andy has issued a statement following the Health Secretary's announcement this evening on measures being introduced across Greater Manchester.

“I ask all Greater Manchester residents – young and old alike – to protect each other by observing these new requirements.

First Minister of Scotland Nicola Sturgeon also backed the Government’s decision, tweeting: “The UK Government is right to act quickly if they think the situation warrants it.

“But this is a sharp reminder that the threat of this virus is still very real. Please abide by all #FACTS advice and stay safe.”