Matt Hancock and Alister Jack sat either side of Boris Johnson on Wednesday - all three are now in self isolation. 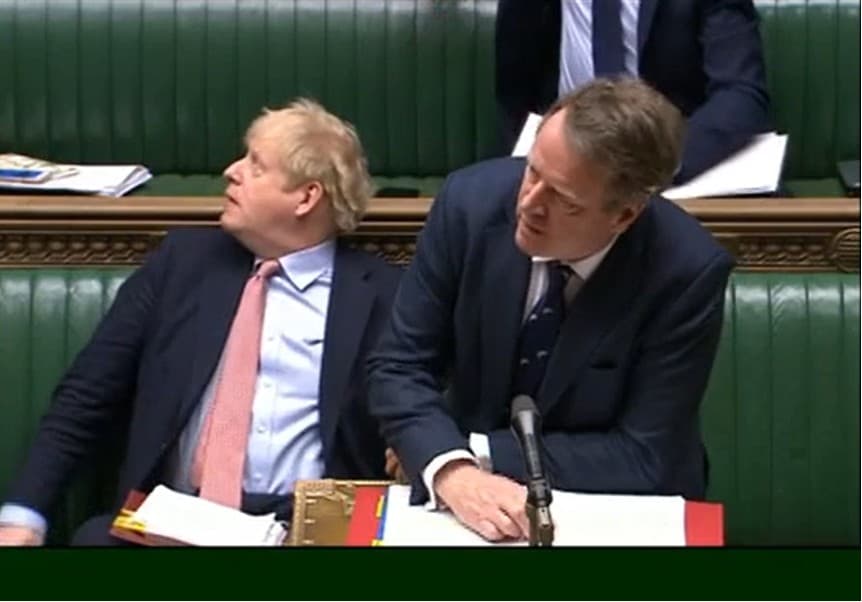 The Government is doing everything it can to observe official coronavirus guidance, after the prime minister and two Cabinet members entered self-isolation, a senior minister has said.

Cabinet office minister Michael Gove was asked whether the Government was sending out clear messages on social-distancing, on the BBC’s Andrew Marr programme on Sunday.

This is on top of England’s chief medical officer Prof Chris Whitty also self-isolating with symptoms.

Mr Gove said: “We’ve been doing everything we can to observe that advice and it’s certainly the case that within the House of Commons people were seeking to maintain an appropriate distance from one another.”

Mr Johnson has been accused of failing to follow his own social distancing rules, after his key lieutenants followed him into self-isolation.

The prime minister sat next to Mr Jack as he took Scottish questions at the despatch box in the Commons on Wednesday.

Mr Hancock was on the Scottish Secretary’s other side on the front bench as they gathered ahead of Prime Minister’s Questions.

“No gaps in government”

Mr Gove told Andrew Marr that Parliament was now in recess and that the Speaker of the House of Commons, Sir Lindsay Hoyle, would be reviewing “the best way of making sure that politicians remain accountable but at the same time that we respect the rules that limit the spread of disease”.

There have been concerns that other key figures could be affected by the virus.

Chancellor Rishi Sunak was with the prime minister shortly before he tested positive, while Cabinet Secretary Sir Mark Sedwill was also with Mr Johnson, Mr Hancock and Prof Whitty at a Cabinet meeting on Tuesday.

Neither the Chancellor nor Sir Mark had displayed symptoms by Friday night so they had not been tested and were not in isolation.

On Saturday, Business Secretary Alok Sharma insisted there were “no gaps in Government” despite Cabinet members entering self-isolation.

Mr Gove said that he and the prime minister have been using video technology to chair official meetings.