French officials are reportedly surprised at the “mess" on the English side of the Channel. 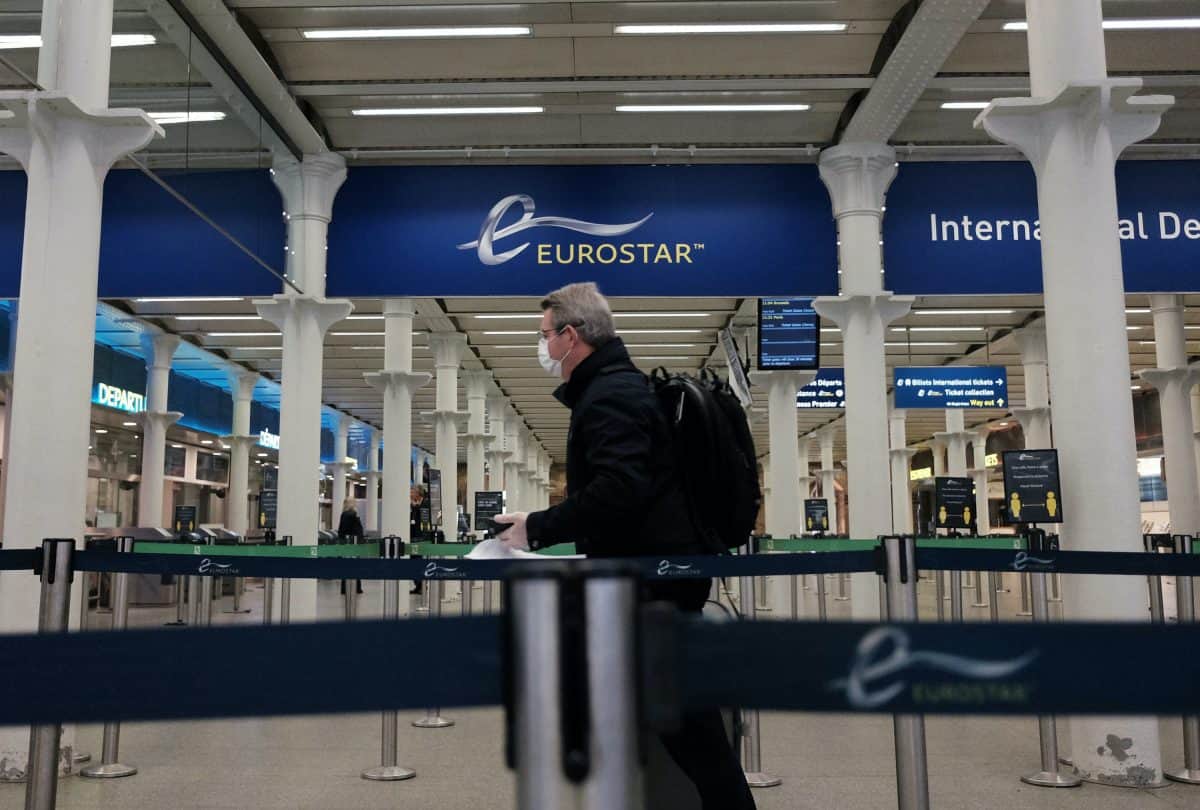 France will deploy customs officers to patrol Eurostar trains from London to Paris when the UK’s Brexit transition ends on 31 December, reports suggest.

With Channel ports already clogged up by lengthy traffic jams, Paris feels compelled to introduce the drastic on-train checks – because UK and French authorities are yet to agree post-Brexit customs controls.

“There’s a discussion under way between the French and British authorities to allow French customs to have an official presence on British soil at points of embarkation,” Olivier Dussopt – the French customs minister – told the Financial Times.

French officials are reportedly surprised at the administrative “mess” and lack of preparation on the English side of the Channel, the paper reported.

Rod McKenzie, managing director of policy and public affairs at the Road Haulage Association, said that supermarkets wanted “a reasonably high stock of everything that’s not perishable in place before the Brexit deadline in case they’re hit with tariffs”.

Meanwhile Amazon has warned that customers should “expect delays for shipments crossing the UK-EU border”, because of “the introduction of the customs border and increased activity around the holiday season”.

Talks on a post-Brexit trade deal are set to continue into the weekend, with both sides warning that the chances of agreement remain in the balance.

Both Downing Street and the European Commission said the negotiations were still “ongoing”, but that significant differences remained over fisheries and the so-called level playing field rules.

The European Parliament has been pressing for an agreement by Sunday so it can ratify any deal before the current Brexit transition period ends on December 31.

However, it is thought EU leaders could provisionally sign off on a deal if the talks go on beyond that point, with formal ratification taking place in the new year.

Meanwhile in the UK, MPs are on standby to return to Westminster from their Christmas break if an agreement can be struck in the final days of the year.

On Friday, both Boris Johnson and the EU’s chief negotiator Michel Barnier were playing down the prospects of a breakthrough.

The Prime Minister said the negotiations were proving “difficult” and called on the EU to “see sense” and to bring something new to the table.

Earlier Barnier told the European Parliament that the talks were approaching the “moment of truth” and that the path to an agreement was “very narrow”.

With less than two weeks to the changeover, the Commons Brexit Committee raised a series of concerns about the UK’s “overall state of readiness”.

In a report published Saturday, they said decisions had been made “too late”, while communications with businesses had been “patchy at best”.

Committee chair Hilary Benn said the Government still could not provide business, traders and citizens with “certainty” about what would happen.

“With just seven working days until the end of the transition period, significant concerns remain,” he said.

“At this late stage, the Government must be ready to implement contingency plans where necessary to mitigate the effects of any disruption.

“Failure to do so would mean the worst possible start to the new year for many people and businesses who are already experiencing the toughest of times.”

Related: UK hauliers admit they are overwhelmingly unprepared for Brexit