The Prime Minister said 350,000 people in the UK have received the first dose of the Covid-19 vaccine. 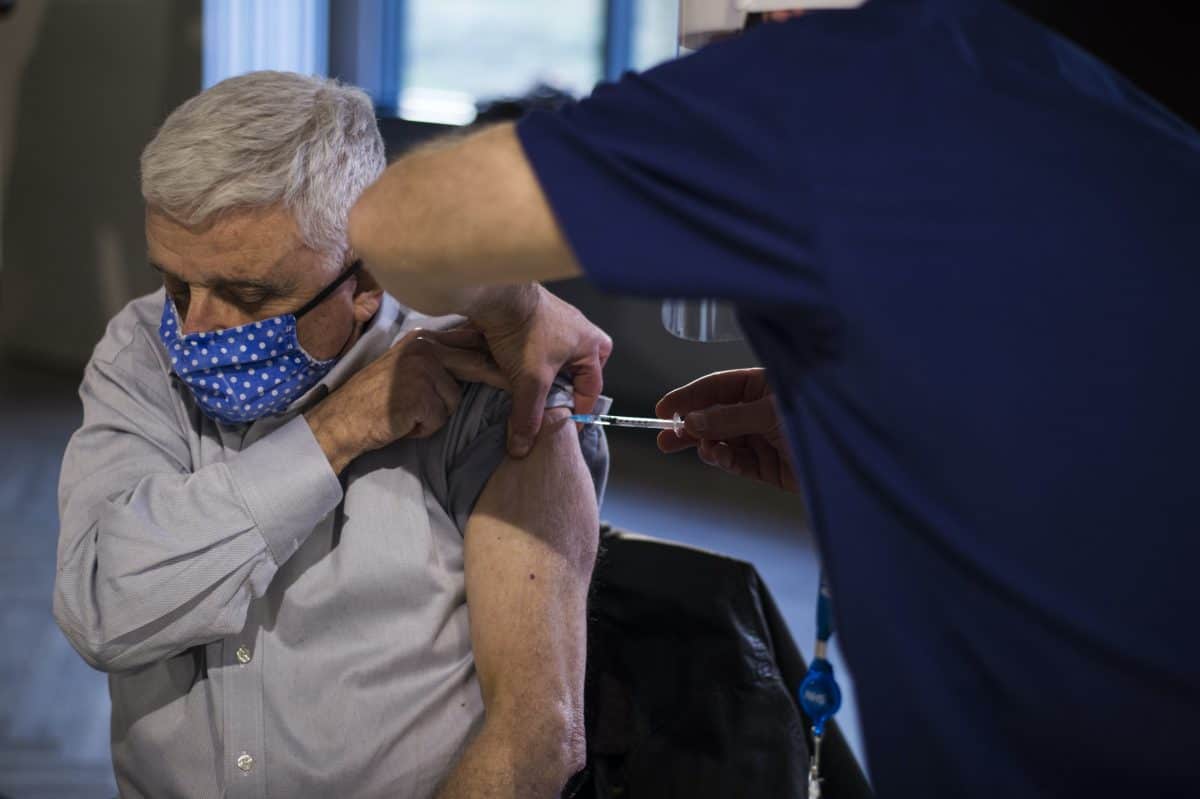 The Oxford/AstraZeneca coronavirus vaccine is expected to be approved within days of Christmas, paving the way for mass vaccinations to begin in the first week of January, reports suggest.

Citing senior Whitehall sources, the Daily Telegraph said that the Medicines and Healthcare product Regulatory Agency (MHRA) will authorise the vaccine on 28 or 29 December – with final data set to be handed to the regulator on Monday.

Locations across the country – including football stadia – will then be transformed into mass vaccination centres, to allow as many people to receive the jab as possible.

Around 140,000 received Pfizer’s Covid-19 vaccine in the first week of the jab’s rollout. Rollout was expanded this week, with 400 doctors’ surgeries and 83 hospitals now involved in distributing doses.

The Prime Minister said 350,000 people in the UK have received the first dose of the Covid-19 vaccine, as his chief medical officer suggested the jab gives room for optimism amid a “terrible” moment in the pandemic.

Boris Johnson revealed the number of people who had already received the initial injection of the Pfizer/BioNtech vaccine during a Downing Street press conference on Saturday.

Appearing alongside him, Professor Chris Whitty, England’s chief medical officer, said the spread of a new variant of coronavirus was another “terrible” moment in the pandemic, but not “the worst” because of medical treatments and the vaccine rollout.

That is expected to grow to 200,000 people a day receiving jabs next week – meaning a million doses should have been administered by Christmas. Capacity will increase to several million a week when the Oxford jab is given the green light, Whitehall sources said.

Such a rate of vaccination would mean that Britain would be on course to inoculate 20 million of the country’s most vulnerable by March – with the whole country potentially receiving a vaccine by the summer.

Britain has ordered 100 million doses of the Oxford vaccine, enabling a major expansion in the NHS vaccine programme.

Unlike the Pfizer jab, it can be stored in regular refrigerators – making distribution much easier. Health officials hope it will prove to be a “game-changer” in the fight against the virus.

The full order of 100 million Oxford doses – plus the 40 million Pfizer jabs being rolled out now – would be enough to vaccinate the whole country. Both vaccines require two doses – with Pfizer requiring a three-week gap between the two, and the Oxford jab needing four.