The social media firestorm was immediate. 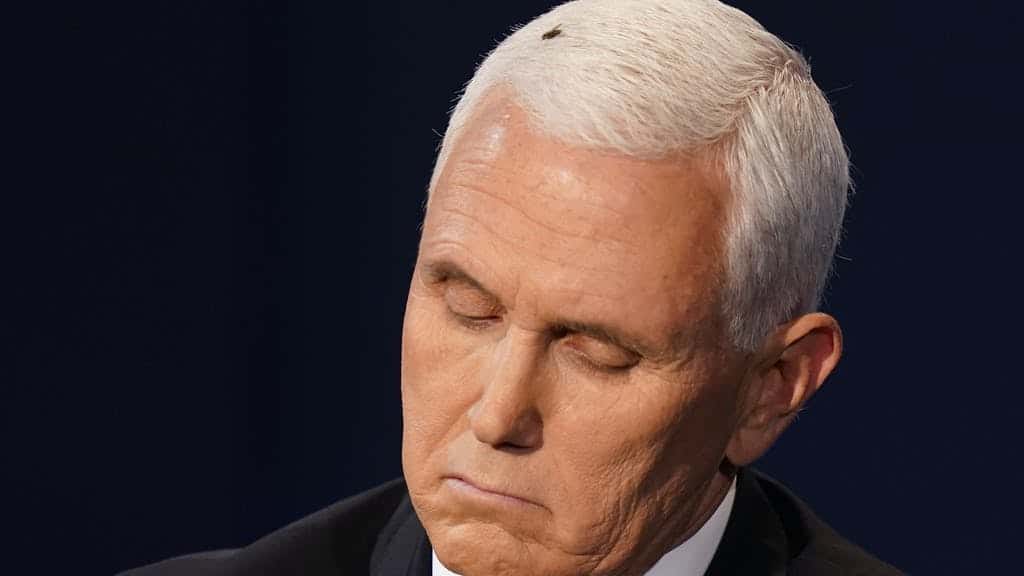 The vice presidential debate featured plexiglass barriers to prevent coronavirus spread, but they were no match for the night’s most talked-about intruder: a fly.

The insect briefly buzzed around the stage where Mike Pence and Kamala Harris were debating before landing and staying on Mr Pence’s head.

It went unmentioned onstage, with the pair continuing to focus on the discussion of systemic racism in the justice system.

But as the insect took up residence on Mr Pence’s white hair, the social media firestorm was immediate.

MSNBC’s Rachel Maddow tweeted: “That’s not on your TV. It’s on his head.”

Others joked about the creature perhaps getting stuck in hair spray – or possibly now being a prime candidate for coronavirus testing.

Democratic presidential nominee Joe Biden immediately got in on the act, tweeting a photo of himself clutching an orange flyswatter under the heading “Pitch in $5 to help this campaign fly”.

Moments later, he tweeted again, this time highlighting Flywillvote.com, which took users to a website set up for his campaign to help supporters make plans to vote.

Mr Pence had spent much of the night shaking his head in response to Ms Harris’ answers but the vice president did not appear to notice the fly’s arrival.

Despite his talking and normal body movements, the hot stage lights and those virus-fighting barriers, the fly was unperturbed and finally flew away on its own.

Wednesday night’s visitor was not the first fly to take centre stage at a presidential debate.

In 2016, one briefly landed between Democratic nominee Hillary Clinton’s eyes during a town hall-style debate with now-President Donald Trump.

President Barack Obama took action when confronted with an airborne distraction during the taping of a television interview in 2009.

Mr Obama stopped speaking to swat at the buzzing fly and tell it to “get out of here”.

As interviewer John Harwood quipped “That’s the most persistent fly I’ve ever seen,” Mr Obama concentrated on its path and swatted it dead.