Something tells me the exam fiasco would not have been allowed to happen on his watch. 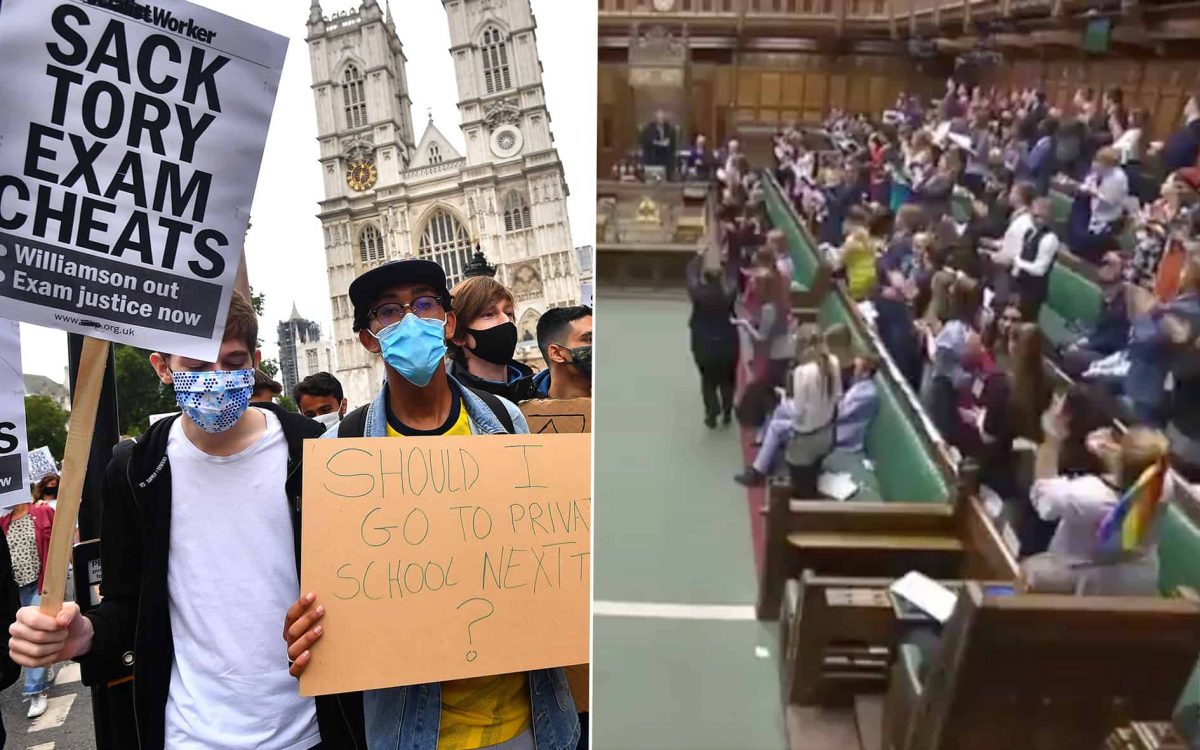 Thousands of young people gathered outside Downing Street on Friday chanting for Education Secretary Gavin Williamson to be sacked after thousands of pupils in England had their results downgraded.

Placards including “postcode lottery” and “should I go to a private school next time?” were branded as well as “exam justice now”.

The scenes could hardly contrast more from when Mr Corbyn joined aspiring politicians for the UK Youth Parliament’s debate in Westminster in November, 2018.

He was warmly received after being introduced by the Speaker of the House John Bercow.

Captioning Corbyn as a man who “says what he means, and he means what he says” Bercow noted how Corbyn has passionately campaigned for young people.

The Labour leader delivered a huge election upset in 2017 after a surge of young voters backed his spirited campaign.

An electoral map released later showed Labour would take 600 seats in parliament if only 18-24 year-olds were allowed to vote.

Watch the clip from parliament in full below:

Check this standing ovation for @jeremycorbyn at @UKYP in the house of commons today! #JC4PM pic.twitter.com/RPnPvlUItE