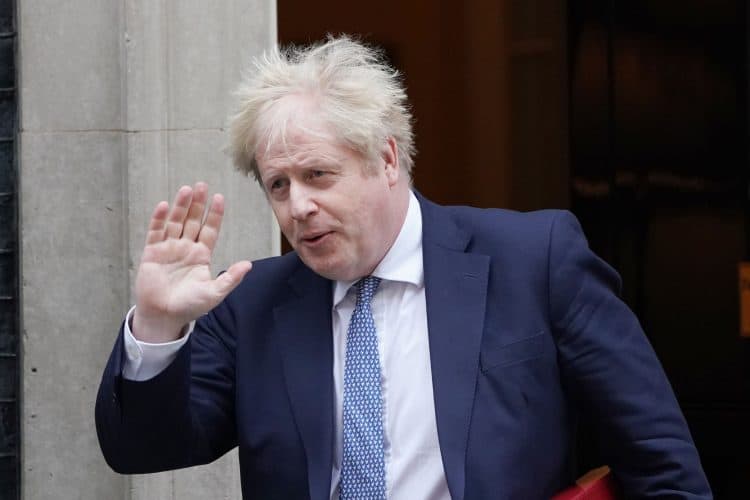 Five Tory MPs called for Boris Johnson’s resignation in a little over 24 hours, amid growing unease  with his handling of the Partygate scandal.

A handful of backbenchers spanning generations and wings of the Conservative party took the number of Johnson’s own MPs publicly calling for his head to 13.

Nadine Dorries, the culture secretary and one of Johnson’s most forthright defenders, took to Twitter last night to accuse the rebels of selfishness.

“The defining mission of the PM and this government is to level up the whole of the UK,” she wrote. “On the very day we are setting out steps to make this happen, a handful of egos want to make it all about them. It’s selfish, doing Labour’s work and it’s really not helping their constituents.”

Soon after 5pm on Wednesday, Sir Gary Streeter – the MP for South West Devon – revealed he had submitted a letter of no confidence in the prime minister.

Writing on his constituency website, Streeter said that he had waited for Sue Gray’s report to be published before making a decision.

“I cannot reconcile the pain and sacrifice of the vast majority of the British public during lockdown with the attitude and activities of those working in Downing Street,” he said.

Streeter, 66, was first elected in 1992 and served as a minister under Sir John Major and in Lord Hague of Richmond’s shadow cabinet.

His intervention came two hours after Anthony Mangnall, the Totnes MP who was elected in 2019, also went public with his dissatisfaction with Johnson.

Mangnall, 32, said: “Standards in public life matter. At this time I can no longer support the PM. His actions and mistruths are overshadowing the extraordinary work of so many excellent ministers and colleagues. I have submitted a letter of no confidence.”

Earlier on Tuesday, Tobias Ellwood – a former minister who is chairman of the defence select committee – also called for Johnson to resign.

“We’re back in this holding pattern, waiting for another announcement, with the prospect of a steady drip of stories,” he told Sky News. “This is just horrible for all MPs to continuously have to defend this to the British public.

“I don’t think the prime minister realises how worried colleagues are in every corner of the party that this is all going only one way, and will invariably slide towards a very ugly place.

“I believe it’s time for the prime minister to take a grip of this — he himself should call a vote of confidence rather than waiting for the inevitable 54 letters to be eventually submitted. It’s time to resolve this so the party can get back to governing.”