SNP MP Stuart McDonald told George Eustice, the environment secretary, that Scottish seafood companies were concerned they were “going out of business” with their produce “sitting in lorry parks in Kent waiting for customs clearance”. 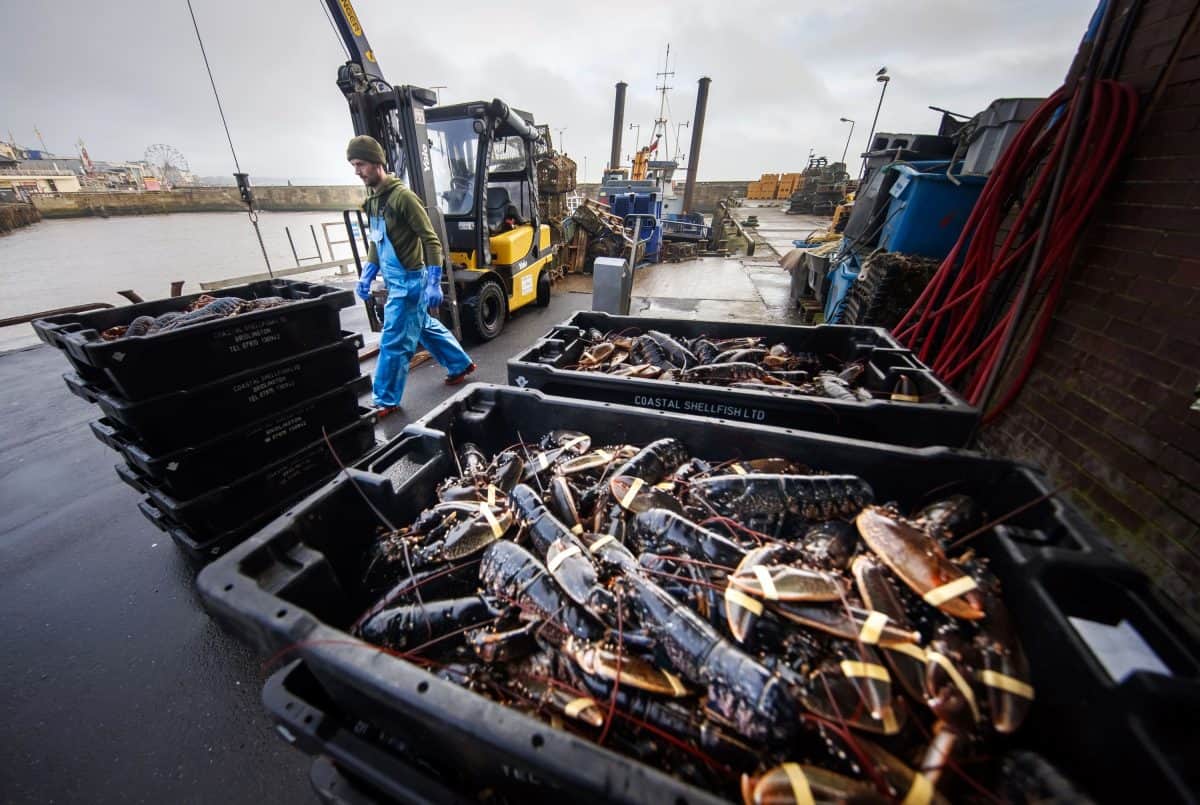 The entire fishing industry could be destroyed if ministers do not fix customs clearance technology at the border, ministers have been warned.

SNP MP Stuart McDonald told George Eustice, the environment secretary, that Scottish seafood companies were concerned they were “going out of business” with their produce “sitting in lorry parks in Kent waiting for customs clearance”.

His comments came as other MPs queried whether the meat industry was also “in jeopardy” after newspapers reported this week that pigs heads were “rotting in Rotterdam”.

But Mr Eustice assured MPs that while there were “occasionally delays at the border”, in general, “goods are flowing”.

Speaking in the Commons during environment departmental questions, Mr McDonald said: “Scotland’s high-quality seafood producers are warning that they’re going out of business.

“They can’t have their products sitting in lorry parks in Kent waiting for customs clearance, those products have to reach market fresh.

“So what is the Government doing to change the procedures and fix the technology to ensure an entire industry isn’t destroyed, and will there be ongoing compensation offered to business until this is sorted, or was that a one-off?”

Mr Eustice responded: “We have announced a £23 million fund to help those exporters who struggled with the paperwork in these initial weeks. We’ve also been working daily with the fishing sector to tackle and iron out any particular issues that they’ve encountered.” He added that the problems were simply “teething issues”.

Meanwhile, shadow environment minister Daniel Zeichner told the Commons: “I fear the Secretary of State is living in a parallel universe.

“He must have seen the headlines ‘pig heads rotting in Rotterdam’ as Brexit delays hit the British meat industry,” and asked if the meat industry was “in jeopardy”.

Mr Eustice said: “He is wrong about that actually. Goods are flowing, particularly when it comes to lamb, which is our principal meat export. Dairy goods are also flowing.

“Yes, there are occasionally delays at the border as border officials in France and The Netherlands get used to these new processes, but we are intervening in all such instances to help the businesses concerned.”

The Environment Secretary also told MPs that an agreement between the UK and Norway over access to each other’s fishing waters during the next year could “conclude within the next couple of weeks”.

Mr Eustice said that last week an interim agreement was reached between the two countries to allow British fishers to catch a quota of 2,750 tonnes of cod in waters around Svalbard, Norway, up to March 31.

Responding to Labour MP Emma Hardy, he told MPs: “We would anticipate that these negotiations would conclude within the next couple of weeks and then access for Arctic cod, should that be agreed in the agreement, could be resumed.”

On Thursday, on oyster farmer hit out at the mountain of Brexit red tape being imposed on exporters, warning that new rules will mean increased costs for British consumers.

In an interview with BylineTV, Tom Haward – whose family in Essex has farmed and sold oysters for more than 300 years – revealed that he had lost customers across Europe since the UK formally severed ties with Brussels earlier this month.

“We were supplying Spain, Belgium and Germany regularly – and sending a healthy amount,” Haward said.