"Labour are now to the right of the Tories on immigration!", the right-winger said. 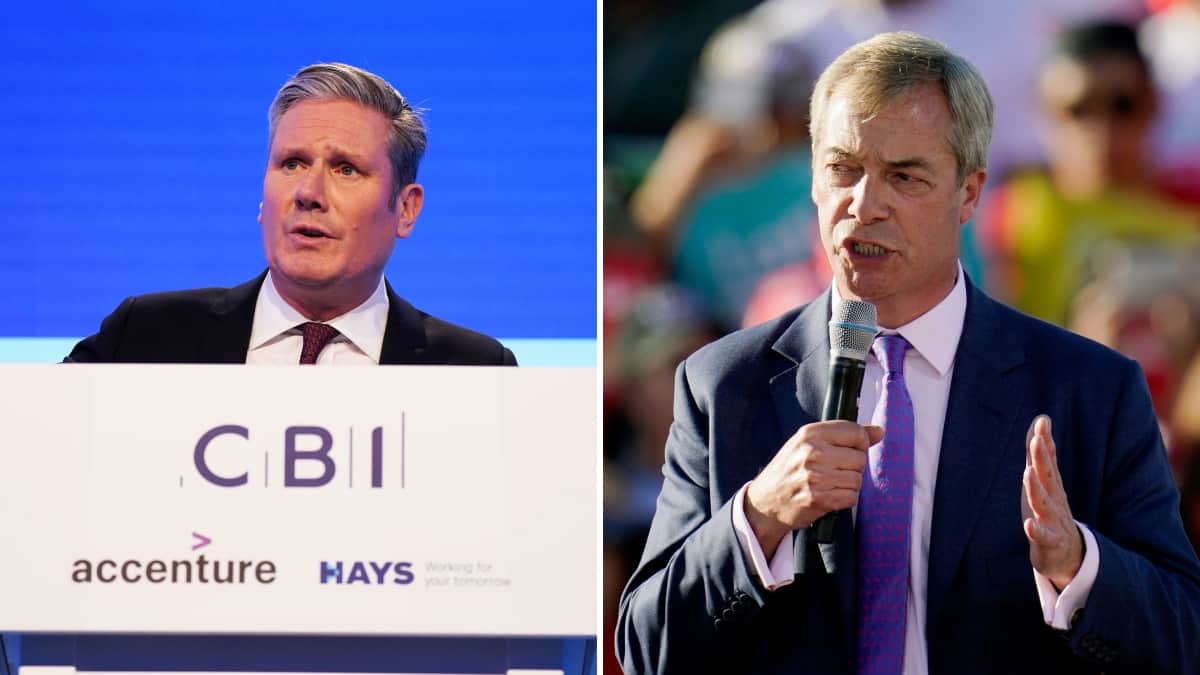 Nigel Farage has lauded Sir Keir Starmer for his comments on immigration, claiming he is now “repeating the UKIP 2015 manifesto”.

The Labour leader promised to help wean the British economy off its immigration dependency during his CBI speech today.

He said the days of “cheap labour” must end and promised a “pragmatic” approach to immigration.

Responding to the speech, former UKIP leader Farage said: “So during Jeremy Hunt’s budget and since, and yesterday at CBI conference, the Tories have made clear they’re going to continue with large scale mass legal immigration.

“And oh boy! Their paymasters in the big political parties, the big global companies are delighted.

“Today, Keir Starmer says we must stop the reliance on cheap foreign labour, start training our own people.

“What with that, and saying the House of Lords must be removed in its current shape, Starmer is now repeating the UKIP 2015 manifesto.

“He may not mean any of it, of course, but to think the Labour Party are now to the right of the Conservatives on immigration. That’s where we are, British politics, today.”