"Government research itself found that those with disabilities, the unemployed, people without qualifications, people who have never voted before, ethnic minorities, are all less likely to hold any form of ID." 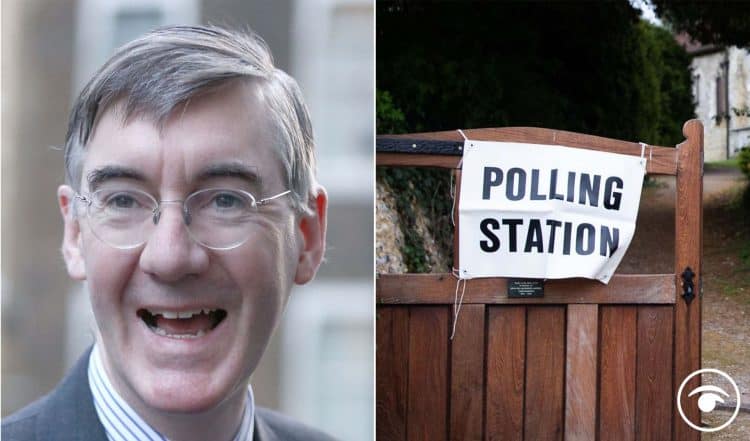 Controversial proposals to introduce voter ID have cleared their first Commons hurdle, amid warnings the reforms are from the “far-right playbook”.

The Elections Bill will make it a requirement for voters to show an approved form of photographic identification before collecting their ballot paper to vote in a polling station.

The provisions will apply across the UK in general elections – although similar measures have been in place in Northern Ireland since 2003.

A free voter card will be available from councils for people without a suitable form of ID.

But opposition MPs were joined by Conservative former cabinet minister David Davis in voicing concerns over the move.

Mr Davis described the introduction of voter ID is an “illiberal” solution in search of a “non-existent problem”.

He told the Commons: “Government research itself found that those with disabilities, the unemployed, people without qualifications, people who have never voted before, ethnic minorities, are all less likely to hold any form of ID. Two groups of them, the over-85s and the disabled, have between five and 10% with no ID.”

Mr Davis added: “This is very serious. We are talking about a quite significant fraction of our population. Those groups are described as two million people who will have to be met by some ID system.

Labour MP Clive Lewis (Norwich South) accused the Government of “pouring oil on the bonfire of democracy”, which he said is taking place across the world.

He added: “The most cynical aspect of this legislation is of course the phantom problem of voter fraud, that has been summoned by this Government to create a smokescreen of naked self-interest.”

Mr Lewis went on: “You have produced a piece of legislation straight out of the far-right playbook from the United States… to look for a problem that does not exist… this tactic is drawn straight from the authoritarian playbook of racist American legislators.”

But Cabinet Office minister Chloe Smith replied: “It is not voter suppression – may I also say it is not voter disenfranchisement, a word we occasionally hear thrown around.”

She said the current check involving people stating their name and address is a “Victorian test”, adding: “The world has moved on and we need to move with. To show photo identification is a reasonable and proportionate way to show you are who you say you are.”

SNP MP Joanna Cherry (Edinburgh South West) highlighted concerns that the introduction of voter ID could have a “discriminatory” impact on groups with protected characteristics who are less likely to have photo ID, including older people and people with disabilities”.

The Government also argues the Bill will strengthen action against intimidation of voters by improving and updating the offence of undue influence in electoral law.

And there will be tougher sanctions for those convicted of intimidating political candidates, campaigners and elected representatives, by barring perpetrators from running for elected office for a period of five years.

It will also require political campaign content promoted online by a party, candidate or campaigner to explicitly show who is behind it.

Labour’s bid to block the Bill was rejected by MPs.

The Opposition wanted to decline giving the Bill a second reading after raising various concerns, including that it created “unnecessary barriers to entry for voting”.

The Bill later received a second reading by 327 votes to 228, majority 99, and will undergo further scrutiny at a later date.