It is three times the original estimate. 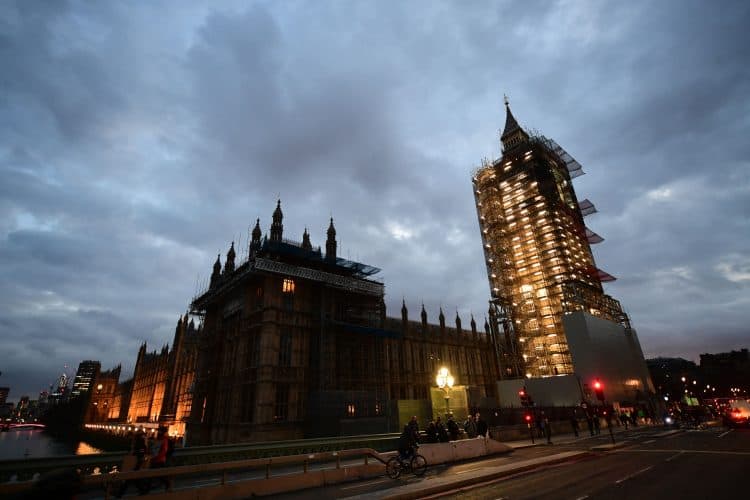 The body responsible for the restoration of the Palace of Westminster has said a full plan will be presented to Parliament in 2023, amid reports costs have spiralled to more than three times the original estimate.

The Sunday Times said the repairs bill could climb to £14 billion, way above the figure of £4 billion which had originally been floated.

The newspaper also said the work will take 20 years, with MPs and peers having to move out during the restoration.

It is understood the figure is based on preliminary work to assess the extent of the action that needs to be taken to save the 150-year-old palace, which was built after the original building burnt down in 1834.

A spokesperson for the Houses of Parliament Restoration and Renewal Programme said: “Any early information is based on preliminary analysis which will be built on as we continue our vital planning work during 2022.

“Parliament will be asked to approve the restoration plan, including finalised costs and timescales, when it has been fully developed in 2023.

“We are developing a detailed restoration plan based on tens of thousands of hours of building investigations, that will give the most accurate costs and timescales for the complex and essential work needed to save the Palace of Westminster ever developed.”

It came after more than 50 engineers, architectural surveyors, acoustics and lighting specialists, and ecologists spent a combined 4,700 hours over Parliament’s recess periods investigating the building, and creating the most detailed record of the site ever created.

More detailed surveys are planned for the building throughout the winter and 2022, including “intrusive” investigations into its structure.

Sources close to the work said the £14 billion bill and 20-year “decant” is the worst-case scenario and other options are on the table.

But they stressed the damage being done to the estate is happening faster than it can be fixed.

A price tag of around £4 billion has previously been estimated, but Mr Rees-Mogg has said “we have suddenly heard talk of cost of £10 billion to £20 billion coming up”.