Biden is just "not interested", the paper reports, with one trade expert saying the EU is more aligned with his priorities. 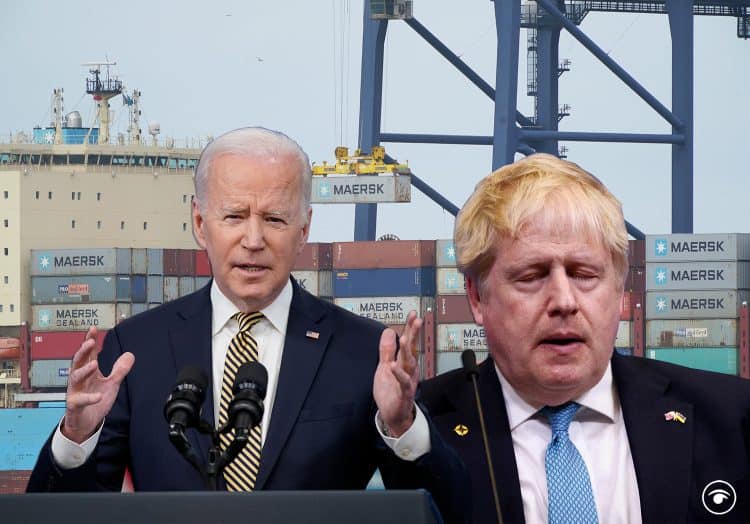 The Daily Express has bemoaned President Biden as hopes of a post-Brexit trade deal fade away.

Katherine Tai, US counterpart to the UK’s trade secretary Anne-Marie Trevelyan, appeared to pour cold water on the prospect of a trade agreement after telling a press conference in March that such a deal was a “very 20th century tool”.

Ms Tai said: “A free trade agreement is a tool. A very 20th Century tool. It has its place in the toolbox.

“I want to ensure the conversations and the approaches that we bring today, especially with the pressures that were facing, are maximally responsive so that we don’t spend years and spend a lot of blood, sweat and tears working on something that isn’t going to be relevant to the needs of our people and our economies.”

Following the announcement, Dr Peter Holmes, a fellow at the University of Sussex’s UK Trade Policy Observatory, told Express.co.uk: “The US is not very interested in free trade agreements.

“The Biden administration is concerned about promoting good quality American jobs, restoring the US lead in advanced technology and strategic independence, where possible, from China. What can the UK contribute to that? Not very much.”

He added that Biden’s push for a worker-centred, domestic trade policy and carbon reductions do not fit completely with the British Government’s approach.

Dr Holmes said: “The British Government is not the natural partner of a Biden administration. Biden does not feel opening US markets to British exports is the top priority for trade policy.

Dr Holmes said the European Union is of more interest to Biden because of the president’s priorities on reducing subsidies and cutting planet-warming carbon emissions.

Britain’s refusal in its Trade and Cooperation Agreement (TCA) with the EU to restrict industrial subsidies puts the UK at odds with Brussels and Washington, he said.

Signs of pressure on the Government to row back on its net zero commitments, and the promises to protect sacked P&O employees made “under duress”, are further signs of divergence between London and Washington, according to Dr Holmes.

And along with Japan, the UK looks likely to be locked out of EU-US negotiations over a global arrangement to address excess capacity and carbon intensity in the steel and aluminium industries.

Dr Holmes said: “The UK is really on the outside. Biden does not have the same interest as the Trump administration in opening up British markets.”

Read the interview in full here.