The former MP for Braintree, who is married with five children, had sent "X-rated" pictures of himself to a "young mum." 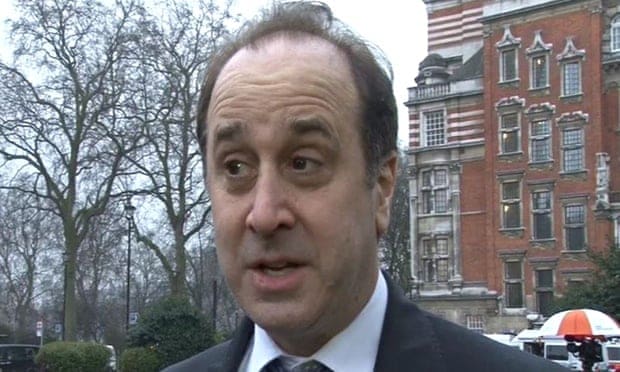 A former Conservative MP who resigned after sending sexually explicit photographs of himself to an undercover journalist he thought was a female party activist managed to land a lucrative PPE contract worth £180 million, leaked government emails have revealed.

According to correspondence disclosed under the Freedom of Information Act – published in The Sunday Times this weekend – Matt Hancock personally assisted Brooks Newmark in bagging the deal.

The 63-year-old, who was formerly the MP for Braintree, teamed up with the founder of a dog food company that had set up a firm to broker PPE deals for international suppliers.

His subsequent lobbying helped a Hong Kong business become the eighth-biggest recipient of PPE contracts during the pandemic, the National Audit Office found.

Zoe Ley – the dog food entrepreneur – was reported by the BBC to have personally earned up to £1 million.

In 2014 Newmark announced he would stand down as an MP at the next election after the Sun on Sunday published fresh allegations that he sent risque pictures from his phone.

Writing in the Mail on Sunday he said he had been “battling demons” after the redtop discovered that Mr Newmark, who is married with five children, had sent “X-rated” pictures of himself to a second woman.

The newspaper claimed the 56-year-old sent explicit pictures to a “young mum”.

“I have traumatised my family and let down my constituents and my colleagues,” he wrote.

“Many will regard me as a failure and it is true: behind the outward facade of success and achievement, I have been battling demons – and losing to them. I craved adrenaline and risk.”

Newmark’s first email to Hancock came on 27 May, almost two months after the peak of the first wave; in it, he disclosed that he had “chatted with your spad [special adviser] . . . He will be circulating this idea to you, Michael [Gove] and Liz [Truss].”

The former Braintree MP then attached a detailed proposal explaining that he had links to a “well connected and powerful” person in China – but needed government help to expedite deals.

Hancock replied within hours. According to emails disclosed under the Freedom of Information Act – published in The Sunday Times – he said: “Thanks. Definitely one for the PPE team who are firing on all cylinders now.”

In response Newmark said: “Can someone internally please lead the charge in trying to seriously explore this option. I have said all along I can help but I need yours and [Gove’s] support to help make this happen for the Govt.”

The aide forwarded the proposal to Lord Deighton, the government’s PPE tsar. On 28 May, the aide wrote: “Please see below from former MP Brooks Newmark . . . an excellent PPE proposal that the health secretary and I would be very grateful if Lord Deighton could look into urgently.” Hancock was blind-copied into the email.

On 1 June, the Department of Health awarded a £178 million contract for protective goggles to the firm – using emergency procurement rules to avoid a tender.

Jolyon Maugham, director of the Good Law Project, which is suing the government over its awarding of PPE contracts, said the “scandalous” revelations revealed “VIP access to ministers”.

A government spokesman said its priority had “always been saving lives”. He said: “Decisions on whether to award contracts for PPE are taken by officials.”