European Parliament President David Sassoli has called for action ahead of a video-conference summit. 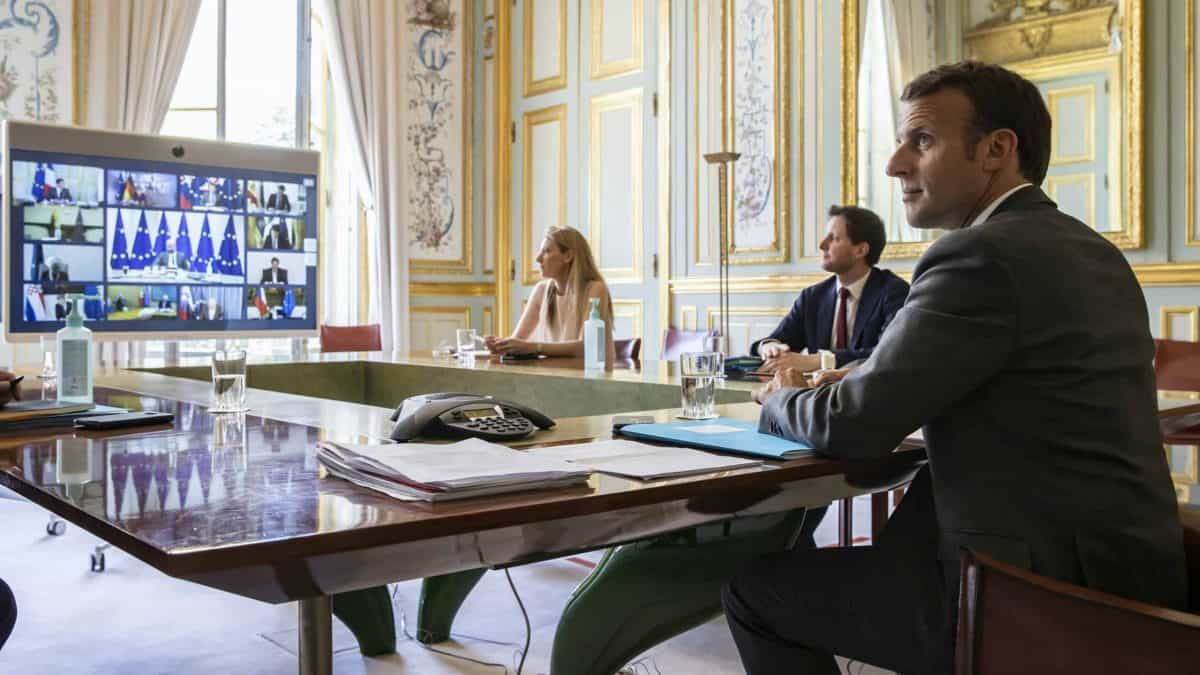 EU leaders must work together to help countries recover from the coronavirus pandemic, the head of the European Parliament has warned.

Speaking to reporters after giving a speech to the bloc’s 27 leaders at the start of their video-conference summit, European Parliament President David Sassoli said “we are extremely concerned because we can see a downward spiral, and we are going to need every instrument available”.

Referring to the massive US aid package in 1948 that helped Europe rebuild after the Second World War, Mr Sassoli said that “we’ve all called for this new Marshall Plan for Europe, but with a major difference of course. The funds will not be coming from abroad this time, but rather from European countries and economies.”

As businesses cautiously open their doors in some European countries and some of the EU’s half a billion citizens begin to venture out, the leaders are set to endorse a series of urgent spending measures and debate a massive recovery plan they hope to introduce in coming weeks.

The summit — their fourth video-conference since the outbreak struck northern Italy two months ago — comes at an extremely delicate time, with more than 100,000 Europeans known to have died, according to the European Centre for Disease Prevention and Control.

Trust between member states has eroded, with hard-hit Italy and Spain notably lacking confidence that relatively wealthier northern EU partners like Austria, the Netherlands or Germany — who have suffered less from the virus — are willing to take swift, sweeping measures backed by real economic firepower.

Speaking to the German parliament ahead of the meeting, Chancellor Angela Merkel said her government stands ready to help partners in trouble and is already contributing to a 540-billion-euro rescue package expected to be endorsed later on Thursday.

The aim is to have that so-called “safety net” to help pay lost wages, keep companies afloat and fund healthcare systems in place by June 1.

But Mrs Merkel baulked at the use of shared debt, dubbed coronabonds, saying that parliaments would have to endorse such a move anyway, meaning it could take too long for such funds to reach nations in trouble.

“One thing is clear. We should be prepared, in the spirit of solidarity, to make significantly higher contributions to the European budget for a period of time,” she told the lawmakers.

Drawing up a recovery plan that can be endorsed by all will be more challenging. The consensus is that it should total at least 1-1.5 trillion euros and target the economic sectors and European regions hit hardest by the coronavirus.

Ahead of Thursday’s summit, officials said that no major breakthroughs are expected. No joint communique will be published, probably just a statement from European Council President Charles Michel, who is chairing the meeting.

The EU’s executive arm, the European Commission, will be tasked with drawing up a recovery plan, which could be incorporated into the bloc’s next seven-year budget, if differences over that spending package can be overcome.

Big contributors to the budget, like Germany and the Netherlands, are reluctant to fill the estimated 75-billion-euro spending gap left by Britain’s departure from the EU.