Teaching unions are balloting their members over potential strike action, with results expected in January. 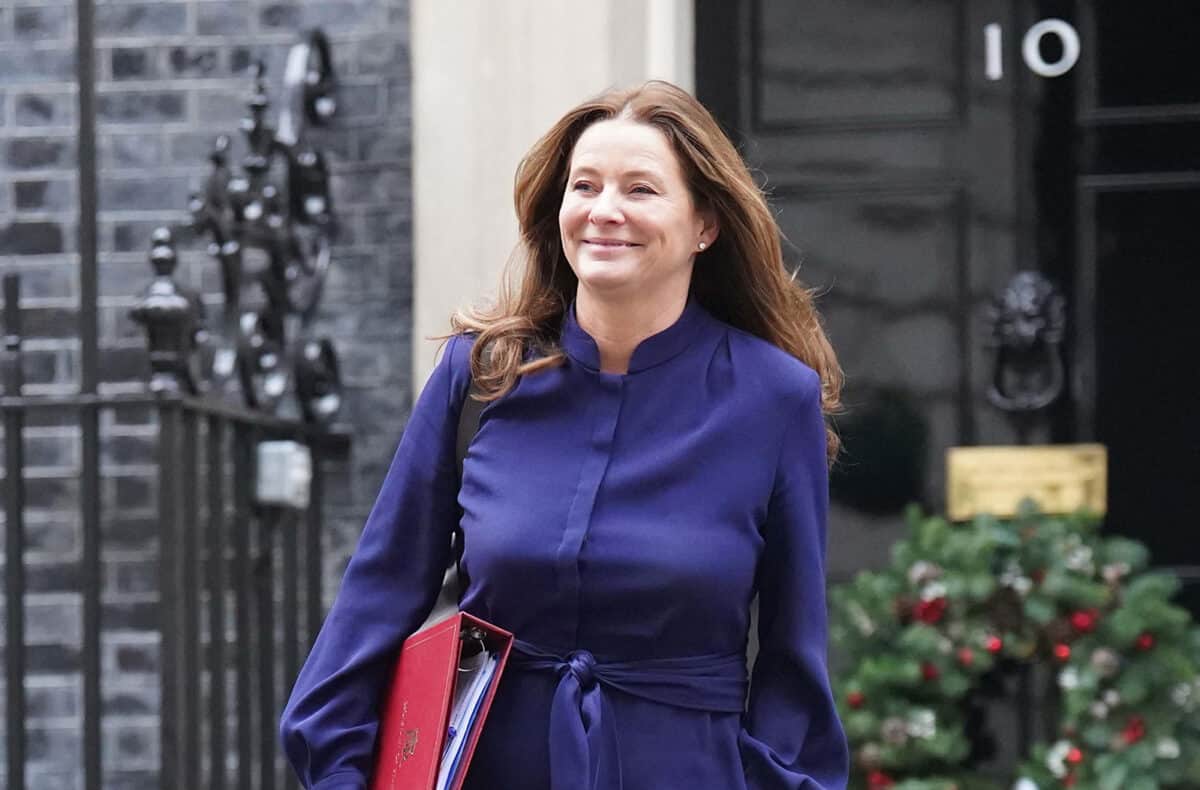 Education Secretary Gillian Keegan has been criticised for saying a teacher’s salary is in the top 10% of earners in some parts of the country.

Facing questions from teachers and parents on LBC radio on Wednesday, she said the Government had agreed to union demands to increase funding for schools but was told it was not enough and that conditions also had to change.

She said: “We have raised the starting salary because of the need to attract graduates, £28,000 for someone starting straight from uni and that will be £30,000 by 2024.

“My cousin has just started teaching and she is on £28,000. She is 23 and lives in Knowsley (Merseyside). She is single and lives with her mum and dad but the reality is that she is in a good career, it’s probably within the top 10 per cent of earners in some parts of the country.”

However, one teacher from Bromley, Kent, replied: “The fact that teachers are one of the higher paid public servants in this country, as a low-wage economy, I think that is something more shameful than something to celebrate.

“I know how far my wages go each month, I know many people who have second and third jobs because they cannot make ends meet.

“If you live at home and you don’t have any outgoings or children, that money doesn’t have to go towards paying a mortgage. When you write down the numbers on a piece of paper they don’t add up.”

She said she had voted to strike: “It’s a very difficult thing to do, you have chosen that job because you want to make a difference to people’s lives and the last thing you want to do is not turn up to work.”

Teaching unions the NASUWT, National Education Union and National Association of Head Teachers are all balloting members on strike action in England and Wales, while the Association of School and College Leaders has launched a consultative ballot.

Results are expected in January and if teachers vote to strike they will join paramedics, nurses, post and rail workers as well as Border Force staff who are walking out this month.

Ms Keegan said: “I hope teachers do not vote to strike but that is their right. What we are trying to do is make sure we do not bake in inflation.

“If we can stabilise the economy we will be seeing inflation coming down next year. It’s really serious because you cannot spend your way out of it, you will end up with spiralling inflation and if you spend extra money it will just be eaten up by rent and other things.”

She said an additional £2 billion had been allocated for schools in the Autumn Statement but was told by one teacher from Birmingham: “It’s not just about the money, it’s about conditions.

“Teachers are leaving in droves, in comparison to the inflation and the 12 years of austerity, it’s still not enough.”

In response to a parent from Hackney, east London, with a deaf child who asked whether she would commit to more funding for special needs, Ms Keegan said: “We want to make sure that £400 million goes to higher needs.

“That goes to the local authority and there has been an issue with enough places so we have put an extra £2.6 billion in.

“We have a problem with special educational needs. Some people are getting to have expensive facilities which the councils are paying for and others are sat on the waiting lists to get into a school. We have a green paper which will be published next year.”