“Top level shithousery from Ed... if it wasn’t for that pesky bacon sandwich. What could have been,” one person said. 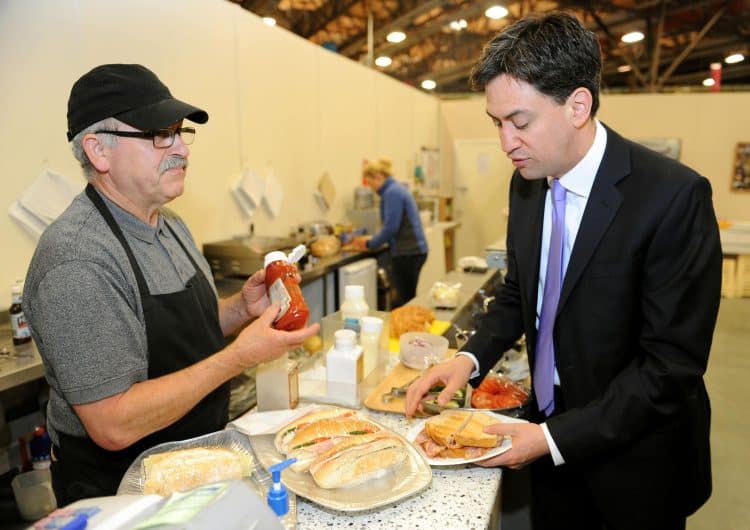 Ed Miliband has reshared David Cameron’s 2015 tweet that the UK faced a choice between himself as prime minister or “chaos” with the former Labour leader, accompanied by a clown emoji.

Mr Cameron was elected prime minister over Mr Miliband just three days after writing to his Twitter followers that “Britain faces a simple and inescapable choice – stability and strong Government with me, or chaos with Ed Miliband”.

The now-shadow climate secretary’s use of the clown emoji accrued more than 70,000 likes in an hour following Liz Truss’s tumultuous day as Prime Minister – which included the sacking of chancellor Kwasi Kwarteng and U-turning on his mini-budget.

Mr Miliband posted a second tweet shortly after: “The fever that has taken over the Tory party didn’t start with Liz Truss.

“Trickle down economics has been the guiding philosophy for 12 years. It has failed.”

Comedian Rob Beckett referenced what were perceived to be embarrassing photos of Mr Miliband eating a bacon sandwich in the run-up to his election defeat in May 2015.

“Top level shithousery from (Ed Miliband)… if it wasn’t for that pesky bacon sandwich. What could have been,” Beckett wrote.

It comes as Ms Truss appoints Jeremy Hunt as the new Chancellor of the Exchequer, his predecessor paying the price for the unveiling of a chaotic mini-budget and subsequent plummeting of the pound.