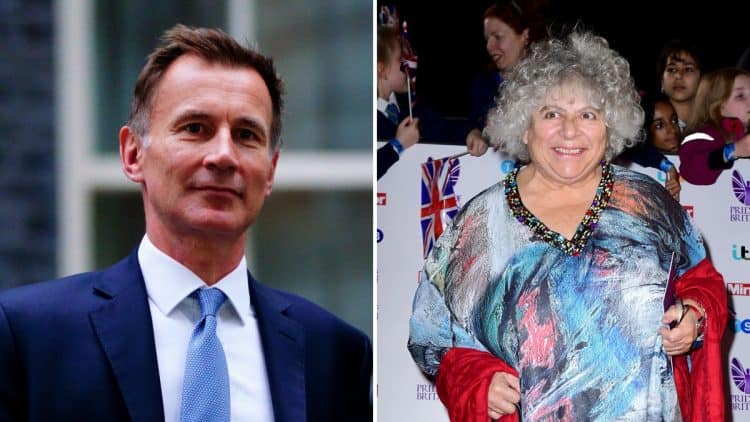 Miriam Margolyes has told how she wanted to swear at new Chancellor Jeremy Hunt when she met him in a BBC radio studio just a day after he took up his latest role in Government.

The 81-year-old actress, who is known to be outspoken during interviews, said she had wished Mr Hunt the best of luck, but added that she had wanted to use much stronger words towards him.

Margolyes had been on the BBC Radio 4 Today programme paying tribute to the late actor Robbie Coltrane, who died on Friday.

At the end of the interview she told the presenters Martha Kearney and Justin Webb that she had greeted Mr Hunt, who had been interviewed on Saturday morning’s programme before her.

She said: “When I saw him there I just said ‘you’ve got a hell of a job, the best of luck’.

Webb quickly apologised for the language, adding: “Oh, no, no, no, you mustn’t say that. No, you can’t say that!”

Mr Hunt was conducting his first round of media interviews since he replaced Kwasi Kwarteng as Chancellor on Friday.

He has said he will meet with Treasury officials later on Saturday and with Prime Minister Liz Truss on Sunday.