No 10 said the cancellation was due to coronavirus pressures, not the scandal engulfing the Government over last year’s events. 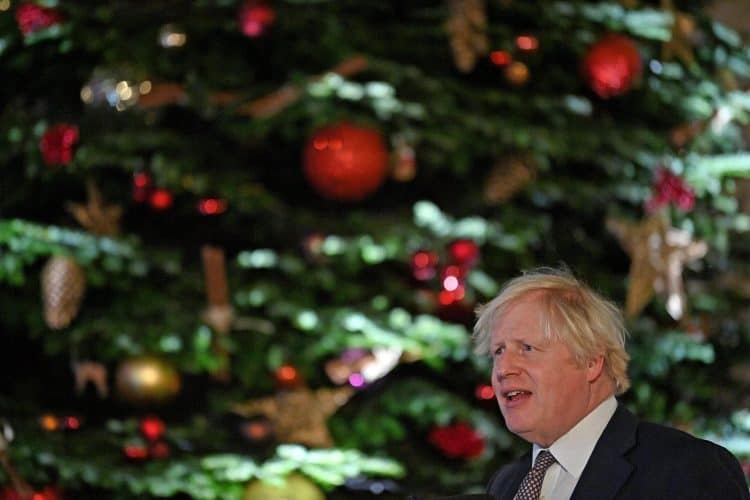 No 10 has cancelled its staff Christmas party, citing the increased workload due to coronavirus, but urged other people to continue with their festive plans.

Downing Street confirmed there were now “no plans” for a celebration this year, having previously said it was the intention to hold a staff get together.

But the Prime Minister’s official spokesman said there was no need for others to cancel their own events.

On Monday, the Prime Minister’s official spokesman said that while no dates had been confirmed, there “is an intention to have a Christmas party this year”.

But by the end of the week, with multiple allegations about Christmas parties held across the Government during lockdown restrictions last year and the surfacing of a video where No 10 aides appeared to mock the idea of having a party – he said this had been cancelled.

However, he blamed the increased workload from the implementation of Plan B of coronavirus measures, rather than the parties saga.

The spokesman said on Friday: “I think we’ve made clear since the latest situation with Omicron, obviously that’s taking up great deal of time at the moment.

Asked when the decision was taken, the spokesman said: “Following the decision on Plan B and the latest data that we’ve got.”

The spokesman earlier said it was to individual businesses to decide whether Christmas parties should go ahead.

The Prime Minister’s official spokesman said: “We do not think there is a need to cancel people coming together in hospitality venues like that.”

Asked whether it was therefore the wrong message for the Chancellor to cancel Christmas drinks, he said: “It’s down to individual businesses and indeed departments to make a decision on what’s right.

“We’re simply saying as a matter of fact there’s nothing in the guidance or the regulation that requires individuals to do so. We want people to keep using hospitality. We know that’s important, and we’re confident people will.”

Put off your festive parties

However, Dr Nick Phin, the director of public health science and medical director at Public Health Scotland, has urged people to put off their festive parties.

“To help minimise the further spread of Covid-19, and Omicron in particular, I would strongly urge people to defer their Christmas parties to another time,” he said.

“I appreciate that everyone is keen to celebrate this festive season, particularly after the pressures of the last 20 months, but by postponing some plans we can all do our bit to protect ourselves and our loved ones.”

Hospitality bosses have urged people to keep their bookings to support the sector.