Boris Johnson's ex-aide has been tweeting... a lot. 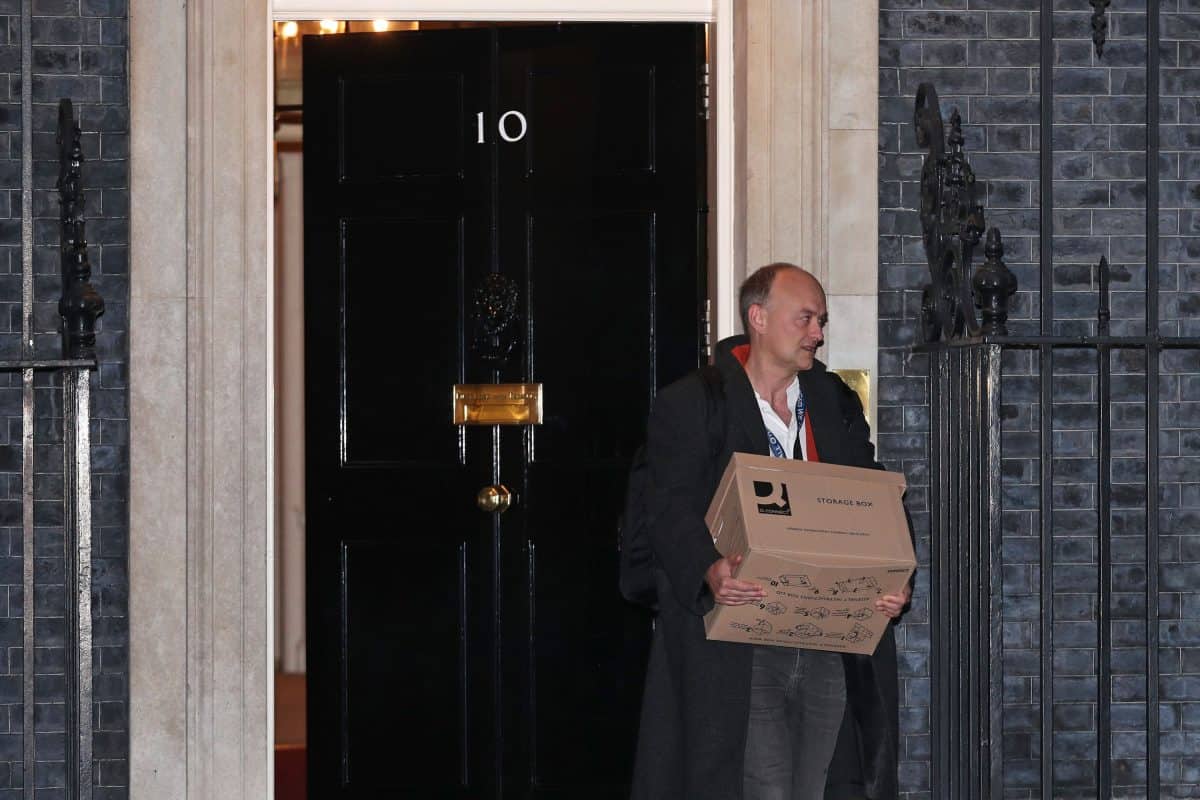 Dominic Cummings has claimed he holds a “crucial historical document” that would expose decision-making failures in the first coronavirus lockdown – and threatened to auction it off for charity.

The former Downing Street aide conducted a poll on Twitter, asking his social media audience whether he should auction the document in aid of coronavirus victims or hand it over to a House of Commons committee – or publish it on his blog.

No 10 declined to comment on the claims by Johnson’s former chief strategist – who is now being blamed by the prime minister’s inner circle for a string leaks designed to damage his administration.

“I’ve got the only copy of a crucial historical document from covid decision-making,” Cummings said in a tweet on Tuesday morning.

He continued: “Should I 1/ give it to the Cmte next week / put on blog, b/ auction it … & give the ETH to a covid families charity?”

Cummings deleted the tweet less than an hour after he posted it, suggesting he had “botched options like idiot”. He clarified that he would give the document to the Committee regardless of whether it was auctioned.

In an extraordinary stream tweets, supposedly posted from a waiting room for his first vaccine jab, Cummings wrote: “Remembered Vallance 24/3 amid disaster: will u support taking vaccines out of DH & a new Taskforce, we need different leadership & skills to drive it? CABSEC supported divvying up DH tasks. If not, normal Whitehall process, probably normal result.”

This appears to suggest that Sir Patrick Vallance, the government’s chief scientific officer, proposed stripping the Department of Health of vaccine policy – a move supported by Sir Mark Sedwill, the former cabinet secretary.

He then wrote: “Success seems to have blinded SW1 [the Westminster post code district] to important Qs. [questions].

“a/ We did it much better than Brussels, obviously, but Brussels is not a good comparison. How well did we do relative to ‘how well wd General Groves who ran the Manhattan Project have done it?’”

Cummings then alleged that the government could have started vaccinations last summer, by carrying out human trials earlier.

He wrote: “I think we’ll conclude we shd have done Human Challenge trials immediately & cd have got jabs in arms summer. This is not criticism of the VTF which has been constrained in ways they shdnt be. It’s cnctd to b/ where is the public plan for how the VTF will deal with variants?”

He then seemed to suggest that errors in the government’s Covid-19 policy had been covered up. “One of the most fundamental & unarguable lessons of Feb-March is that secrecy contributed greatly to the catastrophe. Openness to scrutiny wd have exposed Gvt errors weeks earlier than happened.

“So why are MPs accepting the lack of a public plan now for VTF viz variants? Especially when rumours reach me that the silent entropy of Whitehall is slowly turning VTF back into a ‘normal’ entity?

“The best hedge re a variant escaping current vaccines is PUBLIC SCRUTINY of Gvt plans. This will hopefully show it’s been taken seriously. If not, better learn now that the Gvt has screwed up again than when ‘variant escapes’ news breaks.

“I can think of no significant element of covid response that wd not have been improved by discarding secrecy and opening up. This was symbolised by e.g how COBR cd not be used: a constrained STRAP environment cd not cope with the scale/speed, another important lesson.”

“Having watched classified elements of covid response, Gvt cd make the vaccine plans 99% public without risks, ‘national security’ almost totally irrelevant to the critical parts of the problem, a few things cd be withheld while publishing all crucial parts of the plan.”

Related: Airport arrivals forced to queue alongside ‘red list’ travellers for up to three hours