It comes following a turbulent week for the newly-appointed prime minister which has sparked financial meltdown in the UK markets. 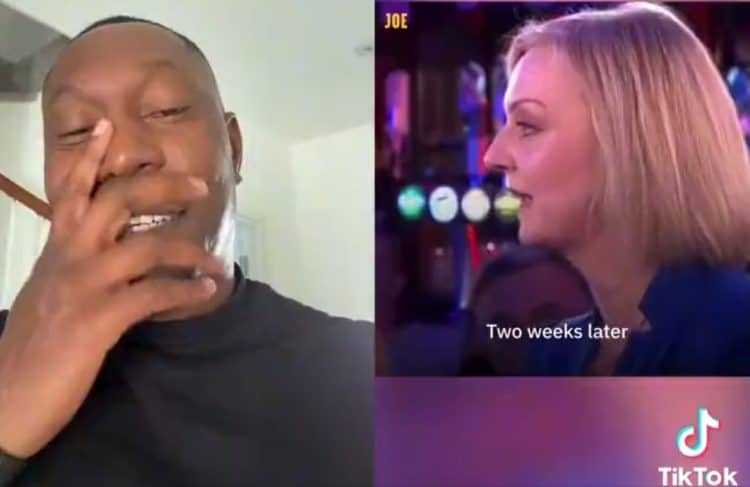 Dizzee Rascal has responded after a video of Liz Truss set to his record hit ‘Bonkers’ went viral.

The prime minister has endured a tough week after the chancellor set out his mini-budget in parliament last Friday.

The pound has crashed to record lows against the dollar, the gilt market had to be propped up by the Bank of England and the FTSE continued to decline as investors lost confidence in UK markets.

Truss and Kwasi Kwarteng will meet with the OBR today in a bid to reassure markets and voters that the economic turmoil of recent days is under control.

Labour has taken an astonishing 33 point lead in the polls on the back of the chaos.

It has been perfectly encapsulated in this video by the guys at PoliticsJOE.

By the looks of it, Dizzee is a fan.

Related: ‘Immediate general election’ to be considered for debate in parliament