During Business Questions today, Shadow Leader of the House Valerie Vaz attacked the Tory government’s record on the handling of the Carillion collapse: “It looks like we are back to the ‘casino economy’ – my Honourable Friend the Member for Bolsover (Mr Skinner) has left the Chamber, but that used to be his favourite phrase […]

by Benjamin Jenkins
in Politics, Promoted 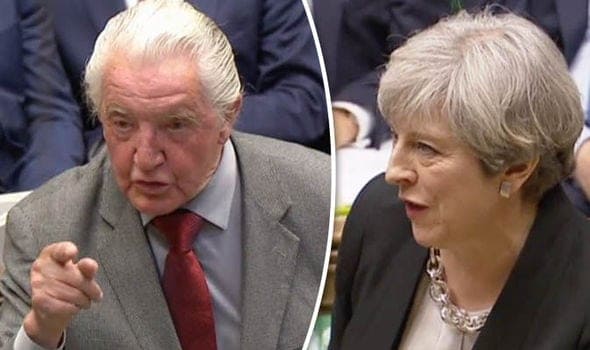 During Business Questions today, Shadow Leader of the House Valerie Vaz attacked the Tory government’s record on the handling of the Carillion collapse:

“It looks like we are back to the ‘casino economy’ – my Honourable Friend the Member for Bolsover (Mr Skinner) has left the Chamber, but that used to be his favourite phrase — one which brings devastation to people’s lives,” said the Labour MP.

“Short sellers made £137 million when Carillion’s share price fell by 70% over the course of three trading days following the July profit warning. Hedge funds were betting on the collapse of the shares of a company that provides vital public services. When will the Government make a statement on the urgent steps that they are taking following Carillion’s insolvency? Will they set up a taskforce to support the innocent people who were doing their job on one day, but out of that job the next through no fault of their own?

“When will the Government make a statement on why Richard Howson has a pay packet of £1.51 million from December, payable until October 2018, and is employed, while apprentices and other employees are being made redundant? May we also have a statement on why the Wood Group won a lucrative contract to carry out inspections, as the sole supplier, at the Government’s new Hinkley Point nuclear power plant, with Mr Howson as a director? Could the Leader of the House say whether directors’ disqualification proceedings have started against him and the other directors of Carillion?

“Will the Government ensure that the prompt payment code is now mandatory and not voluntary?

“That is why we need a taskforce, with a grid and a timeframe, as well as a debate so that the Minister can update the House next week.”