"I think it is scandalous." "Our politics really is broken." 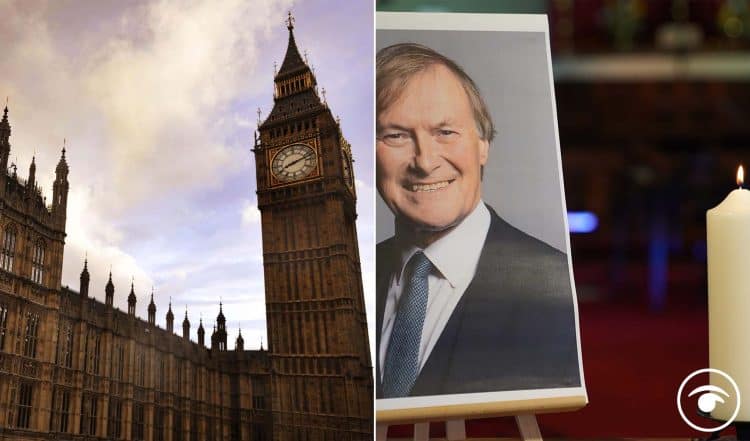 An arrest has been made after a gallows was erected outside Parliament, MPs have heard.

Conservative Michael Fabricant said a demonstration in Parliament Square had “erected a gallows, a gallows to be used against Members of Parliament”.

Raising a point of order in the House Commons, the Lichfield MP added: “I’d suggest at the very least, not only is it crass and unthinking but it must also be a breach of public order.”

Labour MP Hilary Benn (Leeds Central) also told the Commons: “I saw that set of gallows as I was coming into the House today and I spoke to the police outside the gates and I said I don’t know who the protesters are, I couldn’t see, if they’re protesting against capital punishment in other countries good luck to them, but if they have put those gallows there and that noose directed at us, especially in the events of the last week, it is not only crass – crass is a very gentle description of what they’ve done – I think it is scandalous.

“And the police officer to whom I spoke said, ‘we could go over and have a word with them’. I think it’s not acceptable. Because it is a threat. And we should be able to carry out our job without being threatened by people out in Parliament Square.”

Deputy Speaker Dame Rosie Winterton recognised their concerns and, intervening at a later point, said: “I understand the gallows have been taken down and an arrest has been made under the Public Order Act.”

Peter Kyle, Labour MP for Hove, tweeted a picture of the gallows and wrote: “As I walked into Parliament earlier this little charmer shouted ‘this is what we do with traitors’ at me, pointing at his gallows and noose.

“Out of the two of us I’m the one who’s life and routine must adapt, not his. Our politics really is broken.