The UK’s Brexit minister, David Frost, warned on Friday that a “gap” remains between the UK and EU. 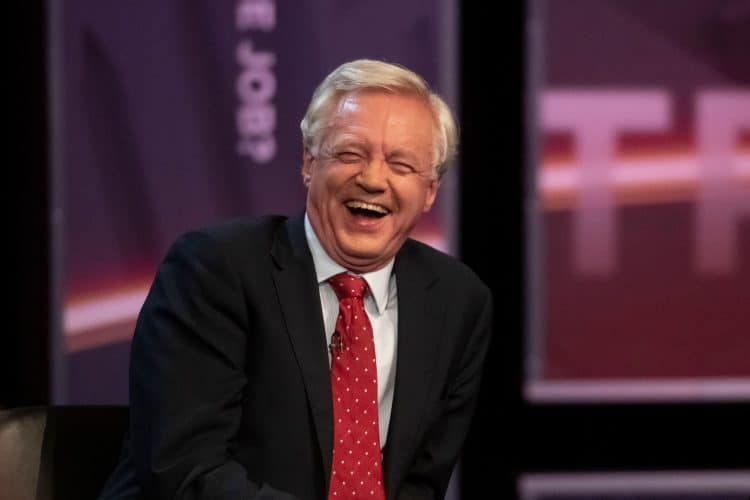 David Davis, the former Brexit secretary, has insisted that the ongoing role of the European Court of Justice is a big issue between the UK and EU – even as the two sides appeared to be inching towards a compromise on the Northern Ireland protocol.

The UK’s Brexit minister, David Frost, warned on Friday that a “gap” remains between the UK and EU as he arrived in Brussels for talks.

On Wednesday, the EU tabled a range of proposals aimed at cutting the red tape the protocol has imposed on moving goods from Great Britain to Northern Ireland.

The EU has offered to remove most customs and health checks on animal and plant products entering Northern Ireland, with both sides admitting that the current system is not working.

However, the plan did not address a key UK demand – the removal of the oversight function of the European Court of Justice (ECJ) in the operation of the protocol.

Speaking to reporters outside the European Commission ahead of lunch discussions with Brexit commissioner Maroš Šefčovič, Lord Frost said: “So, I think the EU has definitely made an effort in pushing beyond where they typically go in these areas, and we’re quite encouraged by that, but obviously there is still quite a big gap and that’s what we’ve got to work through today and in the future.”

Lord Frost said the role of the ECJ in policing the protocol will feature in the discussions with Mr Sefcovic.

“The governance arrangements as we have them don’t work – we need to take the court out of the system as it is now and we need to find a better way forward,” he said.

That was echoed by Davis, his predecessor, in an appearance on TalkRadio on Thursday. “There is something that needs to be resolved and that is the European Court of Justice,” he said.

“What David Frost, quite rightly wants is disagreements, as there will be, should be resolved an independent arbitrator.

“Imagine if we turned it around and said all the arbitration would be done by the British Supreme Court, the Europeans would think we were mad.

“It should be an independent arbitrator.They will solve all the other problems but this one is fundamental.

“We voted to take back control and that means taking back control of our legal systems and not having the European Court of Justice affecting them.”

Responding to claims that the UK is trying to tear up an international treaty, including allegations from former chief Downing Street adviser Dominic Cummings that it was always the intention to ditch the protocol, Lord Frost said the government knew some elements of the arrangements would “possibly be difficult to make work in practice” and they were always viewed as “a little bit provisional and open to review”.

Rejecting the suggestion that the UK is acting in bad faith, the Brexit minister added: “Obviously the protocol was agreed at a particular moment. We knew that some elements of the protocol would possibly be difficult to make work in practice, and some aspects of it were left open for the discussions in 2020 and afterwards.

“I don’t think it’s surprising that we found that that was the case… the very fact that the protocol has a consent mechanism (in the Stormont Assembly) in it for four years’ time showed we recognised that it might be necessary to renew or otherwise consent for these arrangements.

“In that sense they have always been a little bit provisional and open to review.”