The report found £10.5 billion contracts were awarded without any competition process, with a "high-priority lane established for firms referred by officials, MPs and peers. 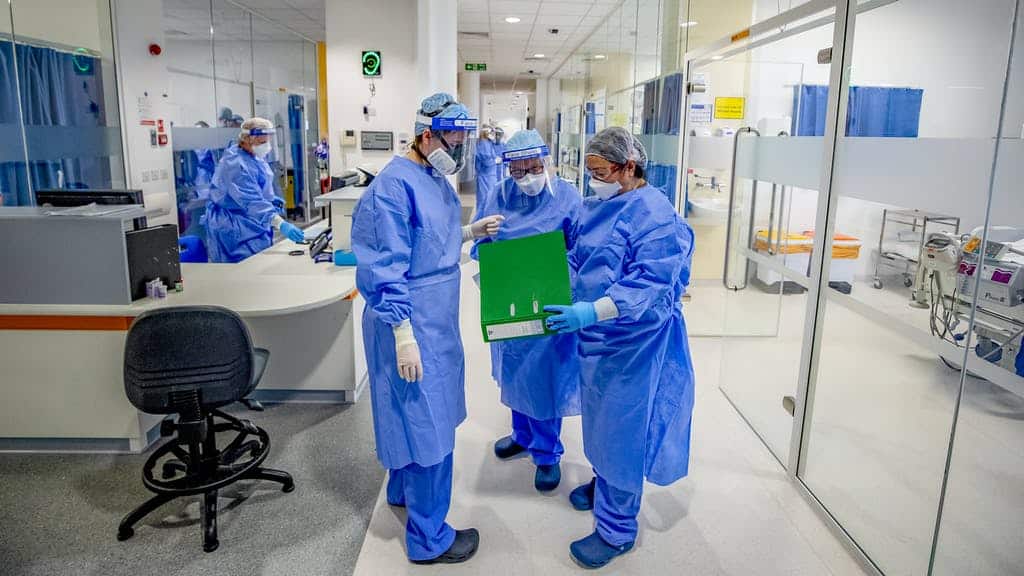 The NAO’s investigation comes with the Government under intense pressure about claims of a “cronyvirus” culture which has seen allegations about key posts and contracts going to people linked to the Tory party.

Standards of transparency and documentation were not met

NAO chief Gareth Davies said: “At the start of the Covid-19 pandemic in the UK, government had to procure large volumes of goods and services quickly whilst managing the increased risks this might entail.

“While we recognise that these were exceptional circumstances, it remains essential that decisions are properly documented and made transparent if government is to maintain public trust that taxpayers’ money is being spent appropriately and fairly.

The NAO investigation looked in detail at 20 contracts including:

– Public First, the owners of which have “previously advised or worked with” Cabinet minister Michael Gove.

– Artificial intelligence company Faculty, which Cabinet Office minister Lord Agnew owned £90,000 of shares in – although he has since ceased his interest in the firm – was awarded contracts worth almost £3 million.

– Ayanda Capital, a £253 million deal brokered by a businessman who was an adviser to the Board of Trade at the time, which resulted in the purchase of 50 million masks for £155 million, which cannot be used for their original purpose.

– PestFix, a pest control company, was mistakenly put in the high-priority route and given contracts worth £350 million, which included delivery of 600,000 masks which cannot be used for their original purpose.

Ministers did not properly declare their interests

The NAO concluded that “in the examples we examined where there were potential conflicts of interest involving ministers, we found that the ministers had properly declared their interests and we found no evidence of their involvement in procurement decisions or contract management”.

In both the PestFix and Ayanda deals, the masks complied with the BS EN149 standard and were in line with the contracts agreed with the suppliers, but did not meet the Government’s published PPE specifications at the time.

The spending watchdog acknowledged the pandemic required acting with “extreme urgency” and the Public Contracts Regulations allowed an emergency response, including awarding deals directly without a formal competition.

In March, the Cabinet Office issued technical guidance on urgent procurement, but “did not specifically set out the risks that should be considered” including “perceived or actual bias in awarding contracts or conflicts of interest, that may become more prominent when no competition is involved”.

The cross-government PPE team had an eight-stage process for evaluating offers of help, but began work before “key controls” were put in place, with contracts worth £1.5 billion signed “before the financial and company due diligence process was standardised”.

The NAO criticised a lack of record-keeping within the “high-priority lane”, which involved 493 suppliers, of which 47 were given contracts.

Fewer than 250 sources for the 493 leads were recorded, including 144 which came through the private offices of ministers, 64 directly from backbench  MPs or peers and 21 from officials.

Labour MP Ms Hillier said: “The Government overlooked a serious conflict of interest, paid consultants for months before giving them contracts and purchased masks it knew weren’t up to scratch.

“It’s bad enough that it set up a ‘high-priority lane’ to fast-track companies with the right connections.

“But the failure to track how half the companies had ended up on it made it impossible to ensure proper safeguards were in place.

“The Government needs to come clean and immediately publish all the contracts it’s awarded so far.”

Cabinet Office Minister Julia Lopez said: “We have been dealing with an unprecedented global pandemic that has posed the biggest challenge to the UK in a generation.

“As this report rightly recognises, we needed to procure contracts with extreme urgency to secure the vital supplies required to protect frontline NHS workers and the public and we make no apology for that.

“We have robust processes in place for spending public money to ensure we get critical equipment to where it needs to go as quickly as possible, whilst also ensuring value for money for the taxpayer.

“It is important to maintain the public’s confidence in how we manage their money, and we welcome the NAO’s scrutiny of our processes and recommendations on how they can be improved.”