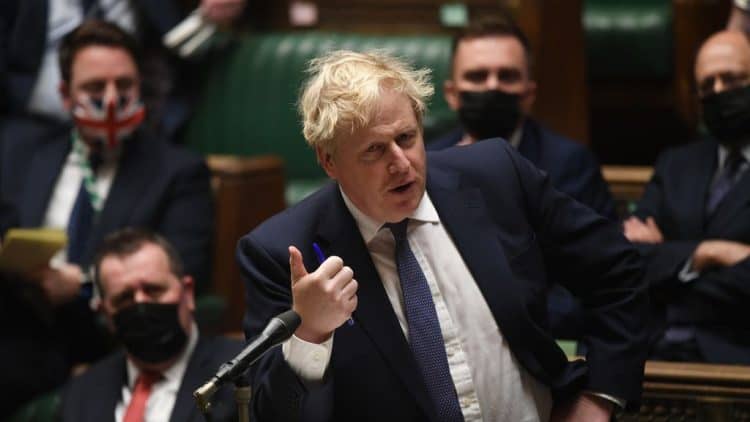 Boris Johnson has been warned by a Conservative rebel ringleader he faces a massive revolt from his own MPs if he does not end all coronavirus restrictions this month.

Mark Harper, chair of the lockdown-sceptic Covid Recovery Group, also said the Prime Minister could even face a leadership challenge if the Tories do badly in May’s local elections.

Mr Johnson suffered the biggest revolt of his premiership last month when 100 backbenchers defied him over Plan B restrictions in a Commons vote.

But Mr Harper warned the rebellion will be even more devastating if the Prime Minister tries to extend the measures – including Covid passes, mandatory mask-wearing, and work from home guidance – beyond January 26.

“I think there will be even more people against it,” he said in an interview with the Financial Times. “I think the intellectual argument now is even weaker.”

The Prime Minister’s authority in his party has been dented by the defeat in the North Shropshire by-election last month when the Liberal Democrats achieved an overwhelming victory in what had been an ultra-safe Tory seat.

That loss compounded the concern triggered by the Conservatives’ loss of the former stronghold of Chesham and Amersham to the Lib Dems in June.

Asked by the Financial Times if he thought Mr Johnson would be in trouble if he failed to change and the Tories performed poorly at the local elections, Mr Harper replied: “I do.”

Mr Harper said colleagues would question if they will be able to hold their own constituencies, adding: “They will look at polling and consider who is the person best able to help them keep their seats.

“Conservative MPs have asked themselves that question in the past and decided they need to do something about it. Prime ministers are on a performance-related contract.”

Meanwhile, a YouGov poll of 1,005 Tory members for Sky News suggested 46 per cent believe Mr Sunak would be a better leader and could win more seats at the next general election.

More than a third said Mr Johnson should stand down – up from 9 per cent in July 2020 – while 59 per cent said he should remain, according to the poll conducted between December 30 and Thursday.

Asked who they want to replace the Prime Minister if he stood down, the Chancellor came top on 33 per cent and Foreign Secretary Liz Truss second on 25 per cent.