The conference was on lockdown for a while 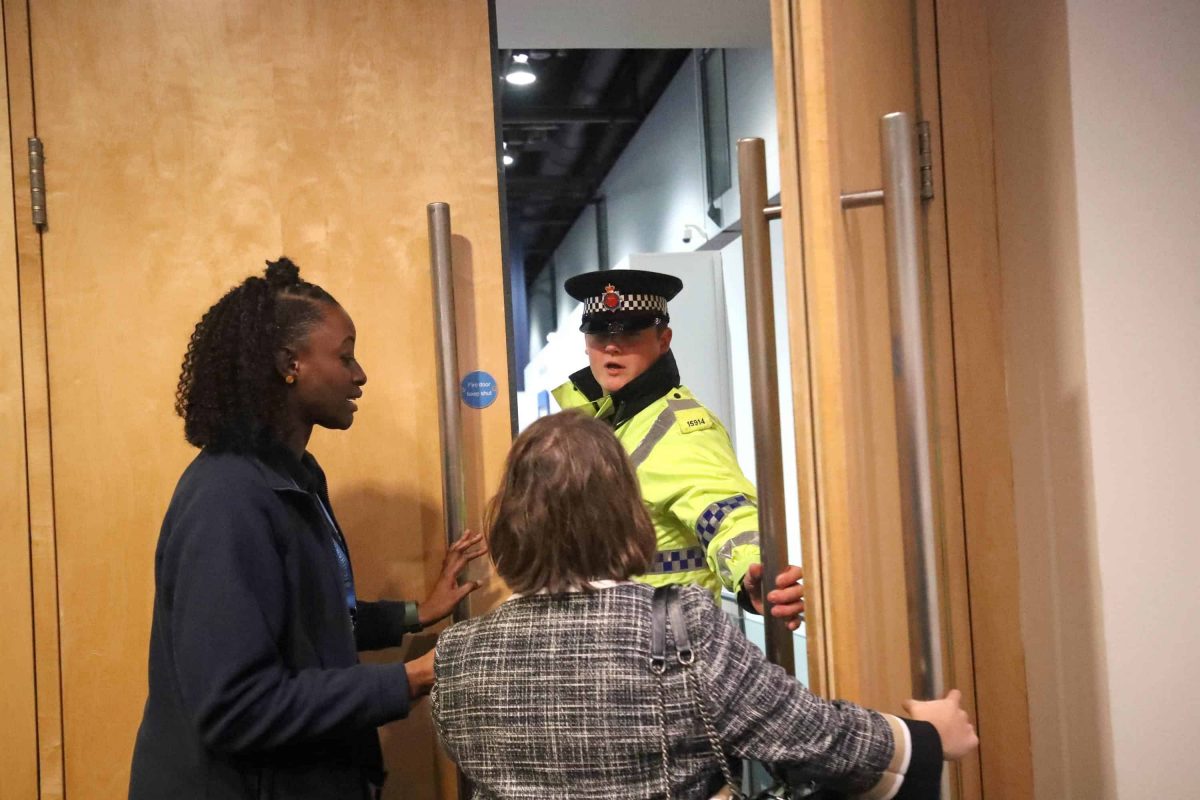 The Tory Conference has been interrupted as police and paramedics rushed in after a Tory MP was reportedly involved in a fight. The police have not confirmed the incident but senior journalists have reported that Cotswolds MP Sir Geoffrey Clifton-Brown was held by police.

John Crace, Guardian Sketch writer wrote: “The treasurer of the 1922 committee, Geoffrey Clifton-Brown, has been held by police after an incident in the International Lounge at the Tory party conference. Just hours before Priti Patel announced plans to get tough on crime. Now to get Boris… “

Sir Geoffrey Clifton-Brown was said to be involved in what a doorman described as a “small misunderstanding” at the International Lounge in the conference centre.

It led to a lockdown of areas of the conference, including the press room, at the Manchester Central Convention Complex for around 20 minutes.

The Cotswolds MP did not deny the reports, and told PA news agency: “I’ve got nothing further to say about it. I don’t want to comment on it, really.”

Political Correspondent at Sky , Kate McCann Tweeted: “Understand from party source that Geoffrey Clifton-Brown was trying to get his wife access to the International Lounge at conference and she was refused by door staff. This ended in an argument after which the police arrived on the scene.”

Politics Home’s John Johnston tweeted: “Tory press officer outside the room has described the incident as a “Mexican wave of nothing”.

Mirror Online’s Mikey Smith has tweeted: “Only press are being kept away from the are where the incident happened now. Delegates being allowed back in. No reason given.”

A spokesperson for Greater Manchester Police told Express.co.uk: “At around 1.45pm on Tuesday 1 October 2019, an attendee to the Conservative Party Conference attempted to enter the International Lounge area of the conference without the relevant pass.

“Security staff intervened and resolved the situation without any breach of security occurring.”

Correction – In an earlier version it said there were claims he was arrested, which proved to be false.