Bob Seely accused lawyers of working on behalf of oligarchs to undermine freedom of speech. 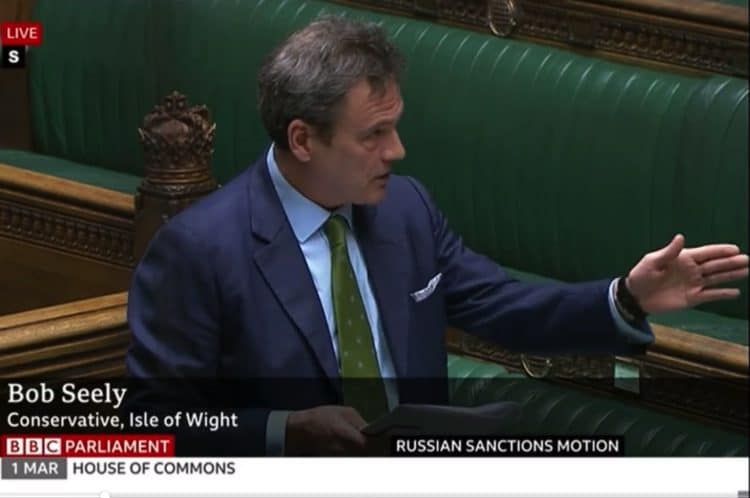 Bob Seely, the MP for the Isle of Wight, said the UK’s legal system had become “corrupted” by money from kleptocrats, as he accused lawyers of working on behalf of oligarchs to undermine freedom of speech.

“It is a very serious situation that our legal systems have become so corrupted,” Seely said, as he claimed oligarchs are “abusing” the UK’s legal system to silence the press.

The comments come after Labour MP Ben Bradshaw said lawyers working on behalf of oligarchs to block the government’s sanctions should be named and shamed.

“A free press should be intimidating kleptocrats and criminals,” Seely said. “Why have we got to a position in our society, a free society, the mother of parliaments, where we have kleptocrats, criminals, and oligarchs intimidating a free media?”

The MP added that a coalition had emerged through “Putin’s henchmen teaming up with amoral lawyers,”

The comments come after the government told City of London firms to be wary of working on behalf of Russian oligarchs, after Liz Truss said lawyers working for oligarchs had been seeking to block the government’s sanctions regimes.

Speaking to the House of Commons on the issue of lawyers hindering the government’s efforts to sanction oligarchs, Seely asked “how much money – how many billions of pounds – will have fled the country by the time we nail these people down?”