"This is absolutely outrageous," filmmaker Peter Stefanovic said in a viral video. 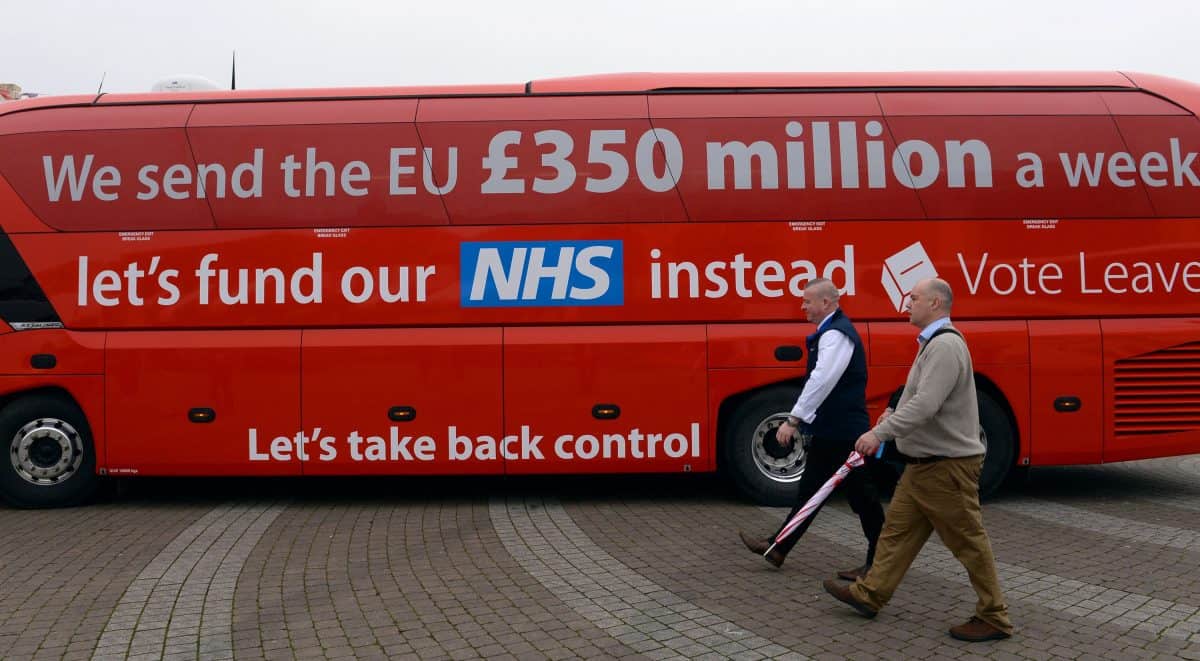 A Treasury minister has claimed the £350 million weekly Brexit bonus for the NHS touted by Boris Johnson has been delivered, as the government defends plans to rise national insurance contributions in the middle of a cost-of-living crisis.

Appearing on Sky News, Simon Clarke – the chief secretary to the Treasury – was shown a picture of the infamous red bus used during the EU referendum campaign, which read: “We send the EU £350 million a week. Let’s fund our NHS instead. Vote Leave. Let’s take back control”.

“Why don’t we use that £350 million a week that we were promised, that would amount to £18.2 billion a year for our National Health Service, which we heard so much about during Brexit?” presenter Kay Burley asked.

She added this would amount to £6.2 billion more cash than what the national insurance rise will provide.

With a seemingly nervous chuckle, Clarke replied: “I mean as someone who’s supported Brexit, I’m delighted that we’re no longer sending that money to Brussels.

“And indeed, if you remember, Theresa May in 2018 specifically did repurpose it, that money is now in the NHS. Theresa May unleashed a record funding settlement.”

He added: “We got more of a backlog in the NHS than anyone knew. We gave a record funding settlement to the NHS which was actually larger than that sum, and that was Theresa May’s announcement back in 2018.”

“The Government is now telling the public it has already given the promised £350 million a week Brexit dividend to the NHS in order to CON the public into the biggest take hike in 70 years!! It’s complete boll****! Don’t let them get away with it,” he said.

“Even Larry the cat knows that £34 billion has got absolutely nothing to do with Brexit, and in real terms it’s a spending increase of just £20.5 billion,” Stefanovic said.

He added: “The Institute for Fiscal Studies points out that’s less than funding used to rise under Labour.

“It’s an absolute outrage this government is now using this to con the public into the biggest tax hike in 70 years to pay for something Boris Johnson said was a massive Brexit dividend”.