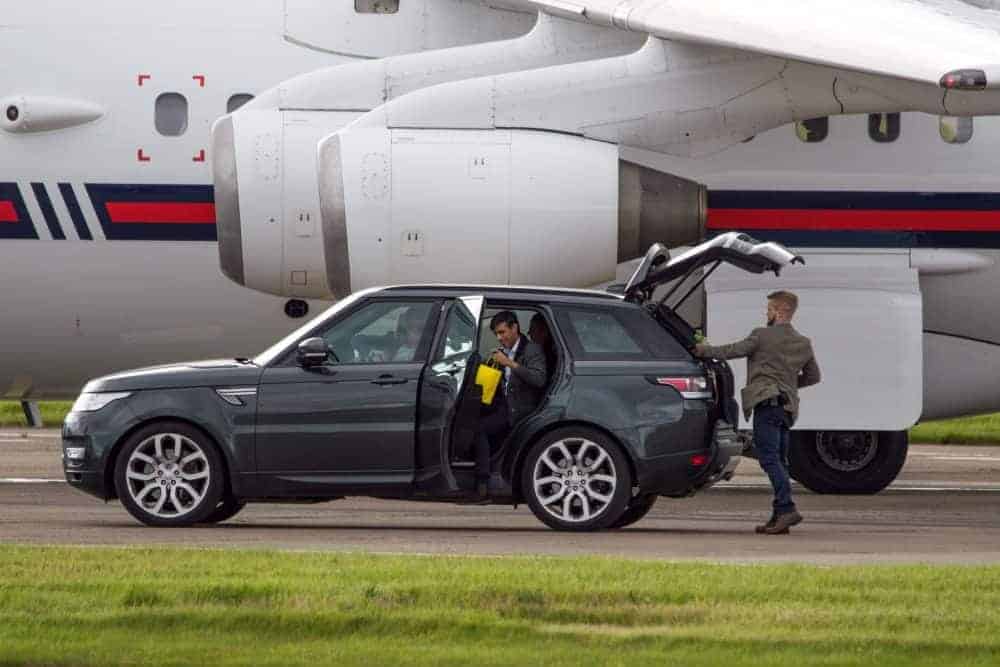 The Chancellor became the fourth Cabinet minister to visit Scotland in just over two weeks, following Mr Johnson’s demand that the UK Government must be more visible.

Sunak arrived in Scotland on Thursday night, and began his day at Peak Scientific, an energy firm based in Renfrewshire, where he met workers returning from furlough.

He then travelled to the Isle of Bute, before heading south again in the afternoon, in a private jet.

He said: “It was fantastic to be in Scotland today visiting Scottish businesses and hearing how they have persevered through this crisis. The UK Government has provided vital assistance to the Scottish Government during this time, protecting jobs and supporting businesses.”

The Chancellor talked down the idea of independence.

“I don’t think now is the time to be talking about these constitutional questions,” he said.

“I think everyone’s sole focus and certainly my sole focus right now is doing what we can to protect people’s jobs and their livelihoods at what is an incredibly difficult time.

Sunak is resisting calls to extend the furlough scheme with targeted measures to stave off widespread job losses, saying the support cannot go on “indefinitely”.

The scheme that has so far cost £33.8 billion supporting the payrolls of 9.6 million workers during the coronavirus crisis has begun tapering off before ending completely in October.

But opposition parties are calling for the Government to extend it for the hardest-hit sectors and those plunged into local lockdown, warning the end to the scheme is a “grave mistake”.