The prime minister's fiancee acted in a way that was “completely unethical but was also clearly illegal”, he said. 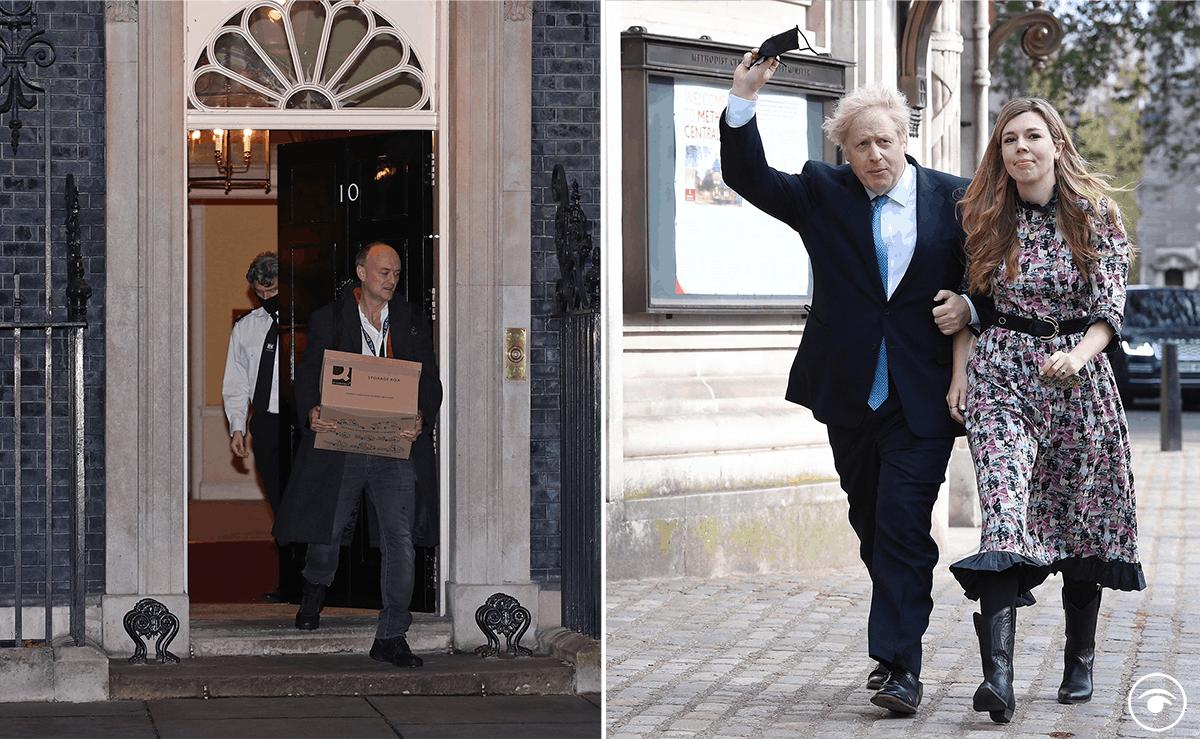 Boris Johnson’s fiancee wanted to “get rid” of Dominic Cummings and appoint allies in key No 10 roles, the Prime Minister’s former adviser said.

Mr Cummings claimed Carrie Symonds tried to act in a way that would have been “completely unethical but was also clearly illegal”.

But he told MPs the main reason for his departure from No 10 in November last year was his relationship with Mr Johnson had deteriorated to the point where he regarded the Prime Minister as “unfit for the job”.

“Unfit for the job”

Health Select Committee chairman Jeremy Hunt told Mr Cummings that “to some people it looked like you resigned after losing a power struggle in No 10” rather than over issues that cost “thousands of lives”.

Mr Cummings said: “There’s so many crazy stories about what happened in No 10 that are mostly untrue. So, what I’d say to people is don’t believe what you read in the newspapers about things like that.”

The exit of Vote Leave duo Mr Cummings and Lee Cain, the Prime Minister’s former spin doctor, was widely blamed on the influence of Ms Symonds within No 10.

Mr Cummings said: “My resignation was definitely connected to the fact that the Prime Minister’s girlfriend was trying to change a whole bunch of different appointments in No 10 and appoint her friends to particular jobs.

“In particular she was trying to overturn the outcome in an official process about hiring a particular job, in a way which was not only completely unethical but was also clearly illegal.

“I thought the whole process about how the Prime Minister was behaving at that point was appalling.

“And all of that was definitely part of why I went.”

But Mr Cummings said he had planned to leave in December 2020 anyway and his relationship with Mr Johnson “took a terrible dive” after the second lockdown in October “because the Prime Minister knew that I blamed him for the whole situation”. The former aide had argued the step should have been taken a month before.

By the end of October “our relations were essentially already finished” and “the fact that his girlfriend also wanted rid of me was relevant, but not the heart the problem”.

Mr Cummings said: “The heart of the problem was fundamentally I regarded him as unfit for the job, and I was trying to create a structure around him to try and stop what I thought were extremely bad decisions and push other things through against his wishes, and he had the view that he was Prime Minister and I should just be doing as he wanted me to.

“And that’s obviously not sustainable for very long.”

Mr Cummings said the only reason he stayed on was to “push through actions to stop as many people dying as I could”.

During a seven-hour session with the Commons science and health committees, Mr Cummings said he had considered resigning on a number of occasions over coronavirus.

He considered threatening to quit No 10 and publicly claim the Government risked killing hundreds of thousands of people if Mr Johnson did not change strategy over the pandemic in the run-up to the first lockdown in March 2020.

The Prime Minister’s former adviser said he again considered leaving in the summer – and suggested it would have been better for the country if he had – but stayed on because of concerns about a disastrous wave of cases in the autumn.

He claimed Mr Johnson told him he preferred the “chaos” of the way his administration operated rather than giving greater power to Mr Cummings.

At the end of July, ahead of a long-delayed operation, Mr Cummings told the Prime Minister he would leave by December 18.

Asked why, Mr Cummings said he told the Prime Minister: “This whole system is chaos, this building is chaos, you know perfectly well from having worked with me that I can get great teams together and manage them.

“But you are more frightened of me having the power to stop the chaos than you are of the chaos and this is a completely unsustainable position for us both to be in.”

The former aide said Mr Johnson told him: “You’re right, I am more frightened of you having the power to stop the chaos than I am of the chaos – chaos isn’t that bad, chaos means that everyone has to look to me to see who is in charge.”