“If you are making a million pounds a year, then that looks unreasonable on the face of it," said Lord Evans. 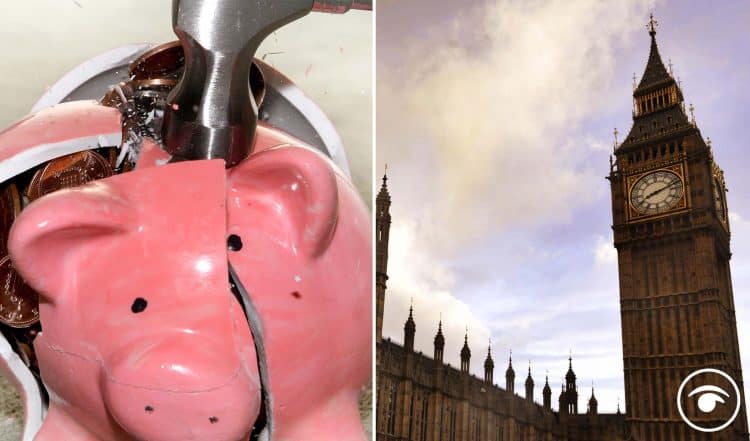 A sleaze watchdog has suggested there should be a limit on how much an MP can earn from a second job and on how many hours they can work outside Parliament before questions are asked.

MPs earned £4.9m from second jobs from March 2020, when the first lockdown began, to the following year.

More than a quarter of Tory MPs have second jobs with firms whose activities range from gambling to private healthcare, making more than £4m in extra earnings in a year, Guardian analysis found.

The register of MPs’ interests shows that more than 90 out of 360 Tories have extra jobs on top of their work in parliament, compared with three from Labour. They are overwhelmingly older and 86% are men. The highest earners were all former cabinet ministers.

Geoffrey Cox, the former attorney general, is making around £1m a year as a barrister

Lord Evans of Weardale, chairman of the Committee on Standards in Public Life, said he would not advocate a hard limit of “10 hours good, 10 and a half hours bad”.

But he told the Commons Committee on Standards on Tuesday that a rough figure could tell MPs that “at least you know if you go over 10 then you’re likely to be questioned pretty hard – or 20, or 40, or whatever it is – about whether this is reasonable in your circumstances”.

It comes with MPs embroiled in a sleaze scandal over cash being earned outside being a politician.

Lord Evans said there was a fine line because there were good reasons for MPs to have outside roles.

He said his committee was not saying MPs should not be able to earn money outside the Commons, but he added: “There is a reasonable expectation on a public servant who is paid a salary on a full-time basis, that that should be their principal activity on behalf of the people who have elected them.”

Lord Evans said it would be “very convenient to say either you’re not going to have any external employment or to say you can do 10 hours and you can earn £20,000”, but that would be too difficult.

Instead, he said there may be “ways of trying to outline where the boundary of reasonable is”, and added: “We suggest that possibly having a rebuttable assumption that, beyond a certain amount of money or beyond a certain number of hours, it is likely to be judged to be unreasonable, might be helpful, not just to those adjudicating, but also to MPs themselves.

“So that it gives a signal to say, look, if you are making £15,000 a year, then it is highly unlikely that this will be judged to be unreasonable.

“So it’s a pretty clear indication as to where the boundary might lie, but accepting that there may be special cases which you would then have to defend.”

Lord Evans warned there would be a “price to pay” politically if high standards in public life were not maintained.