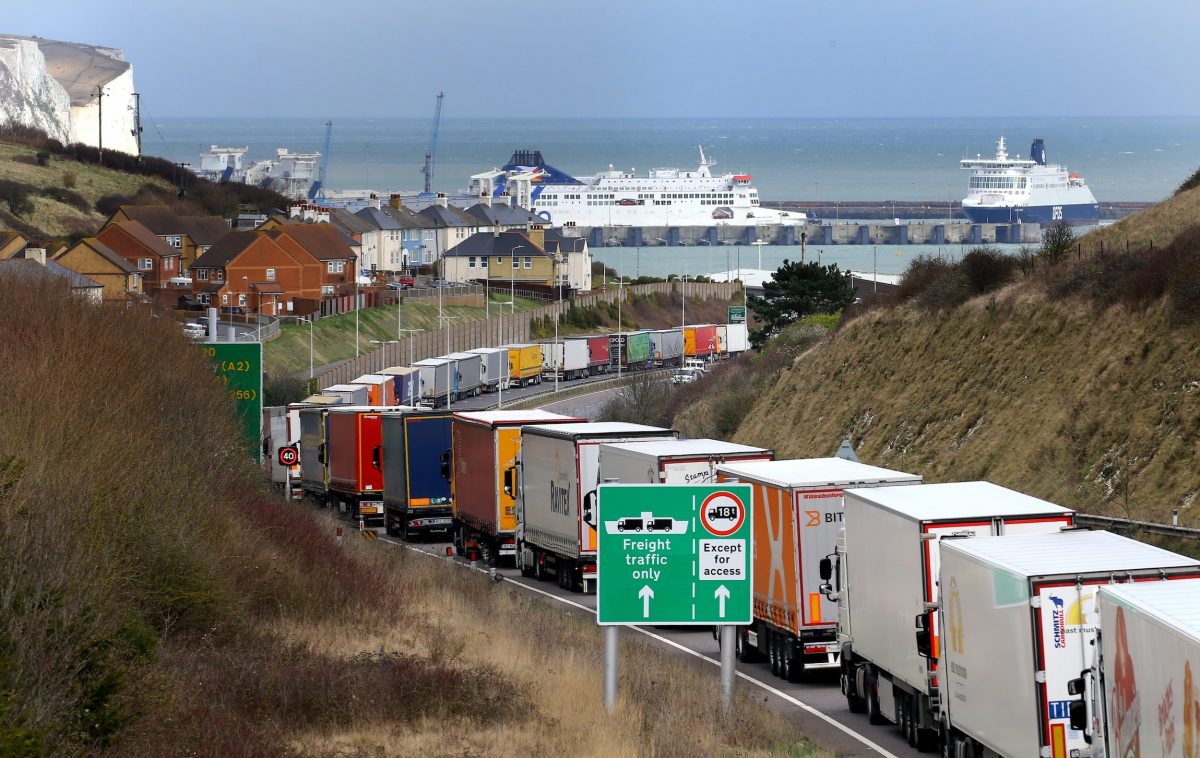 As Micheal Gove heads of to Brussels for another round of Brexit talks, the reality of life in the UK post-Brexit is becoming more vivid. Mr Gove will meet European Commission vice president Maros Sefcovic to discuss the implementation of the Withdrawal Agreement after their last talks ended in acrimony.

Irish Taoiseach Micheal Martin said he is “not optimistic” that a trade deal will be struck.

Mr Martin said there was still the “potential for a deal”, but warned that the controversial Bill enabling the UK to break international law had “eroded trust”.

Now it has been calculated that a dedicated lorry park designed to hold 7,000 trucks in post-Brexit channel crossing gridlock would need to be the size of 280 football pitches.

Architects made the startling revelation after a leaked government report into a “reasonable worst-case scenario” warned queues of thousands of lorries could stretch around 75 miles across Kent.

Other plans to deal with nightmare hold-ups at ports include special permits to get into the county by road and police checks which would create an unofficial border with the rest of the country.

A spokesman from London-based design firm Fatkin said: “It turns out that 7,000 lorries takes up a fair bit of room.

“If they all were queued in a single-file row, they would go all the way up the M20 and halfway back again. This doesn’t leave much room for other traffic.

“If 7,000 lorries were to be parked at a dedicated site, they would need an area of land the size of 280 Wembley football pitches, or four Bluewater shopping centres or 20 Dover Castles.”

In a bid to stop the roads from grinding to a halt, it was revealed this week that drivers will need to register for “Kent Access Permits” in order to enter the Garden of England.

The move – which will create a de facto border in the South East – will also see police checking motorists for the documentation and using number plate recognition to enforce the plan.

But such a process could cause even more holds ups as Mr Gove revealed in an address to Parliament on Wednesday that many businesses “are not prepared”.

“In those circumstances that could mean between only 30 per cent and 60 per cent of laden HGVs would arrive at the border with the necessary formalities completed for the goods on board.

“They’d therefore be turned back by the French border authorities, clogging the Dover to Calais crossing.”

A website used to register vehicles will go live “in the coming weeks” but just over two-thirds of firms aren’t ready, he claimed, and with 100 days left until the end of the transition period many think it will be delayed.

As previously reported, a huge lorry park is being built at Ashford while the county’s biggest Covid-19 testing centre was recently closed to make way for a possible customs check point.

Ashford MP Damian Green asked Mr Gove: “The prospect of 7,000 lorries queueing will send a chill through my constituents as they know what will happen.

“Can you assure them that the smart freight system required to ensure smooth running of traffic will be up and running by January?”

Mr Gove responded “we’ll do our very best to ensure (your constituents) are not inconvenienced.”

Cabinet Office Minister Michael Gove will hold talks in Brussels ahead of a week of negotiations to strike a post-Brexit trade deal with the EU.

Mr Gove will meet European Commission vice president Maros Sefcovic to discuss the implementation of the Withdrawal Agreement after their last talks ended in acrimony.

Boris Johnson’s Government pushed on with the UK Internal Market Bill regardless and MPs are due to debate it on Tuesday.