The PM said: "the UK won’t immediately send children up chimneys or pour raw sewage all over its beaches." 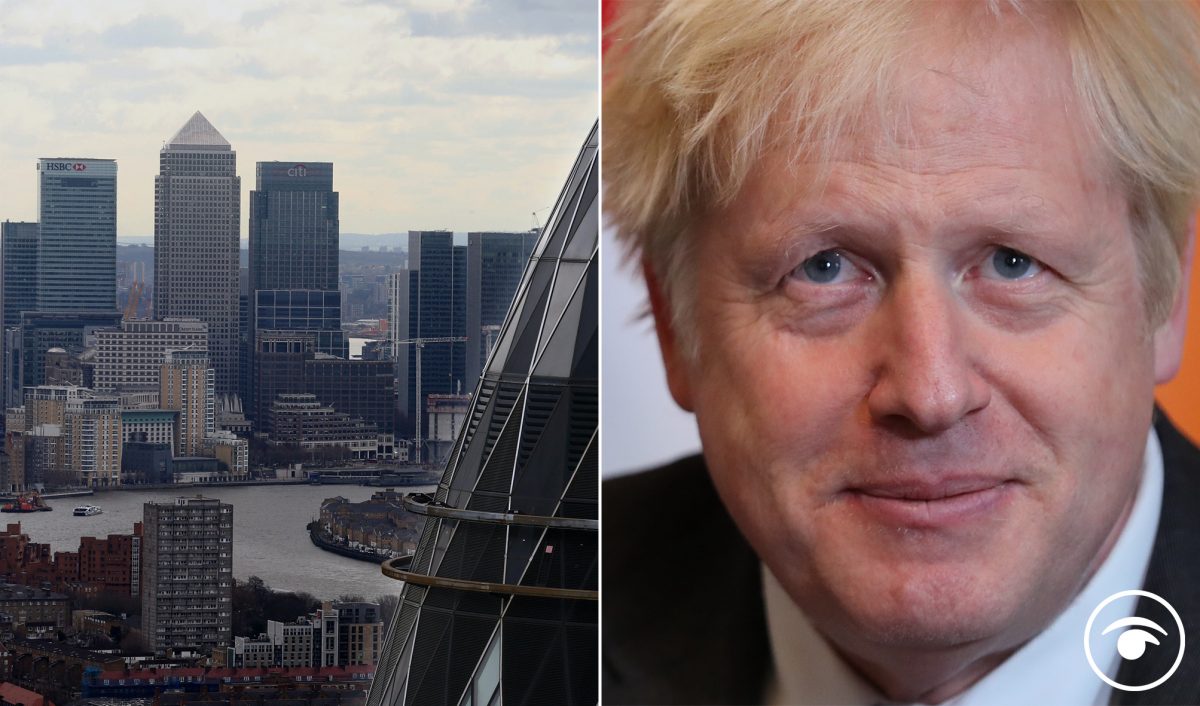 The PM has conceded that the Brexit trade deal “perhaps does not go as far as we would like” over access to EU markets for financial services, as fishing chiefs have slammed the deal as a ‘betrayal’ of the fishing industry.

Scrutiny of the treaty began in earnest when the 1,246-page document was officially published on the morning of Boxing Day – less than a week before its implementation.

The financial services industry will lose some access to EU markets for certain products, and some of the major banks have already moved some staff and operations to the EU.

With this in mind Johnson told the Sunday Telegraph that over financial services, the deal “perhaps does not go as far as we would like”.

Tariffs can be introduced if the UK diverges notably from existing standards, which would make a “Singapore-on-Thames’ scenario for the UK a potentially dangerous ploy for the Government

On the threat of these tariffs he said, “All that’s really saying is the UK won’t immediately send children up chimneys or pour raw sewage all over its beaches.” We’re not going to regress, and you’d expect that.”

However, Johnson told the paper, the UK could and would set its own path in some areas, mentioning as one idea the notion of so-called free ports, low-tax trade zones which advocates say boost economic growth, but which have been accused of helping tax evasion.

Johnson said further plans will now emerge as the trade deal has been agreed: “A great government effort has gone into compiling these and we haven’t necessarily wanted to talk about them much during this period because that perhaps would not have been fruitful.”

He added: “We want to see what we can take forward. We don’t want to diverge for the sake of diverging. But we’re going to want to do things differently where that’s useful for the British people.”

Mr Sunak said next year would begin a “new era” for the nation as he pledged to invest in the nation to “build opportunity for everyone” in investing in infrastructure and “rewarding risk-takers and entrepreneurs”.

“I want next year to be the start of something much more meaningful for all of us. A moment to look afresh at the world and the opportunities it presents, and to consider how to take advantage of them,” the Chancellor wrote in the Mail on Sunday.

Barrie Deas, chief executive of the National Federation of Fishermen’s Organisations, claimed his industry had been betrayed in order to win a wider deal. “In the endgame, the prime minister made the call and caved in on fish, despite the rhetoric and assurances that he would not do what Ted Heath did in 1973.”

UK Fisheries chief executive Jane Sandell was less outspoken but agreed that pledges made had not been honoured: “We’re pleased that the UK-EU deal will bring some kind of certainty to parts of our industry, although we’re still looking for the ‘prodigious amounts of fish’ we were promised, and for us it changes nothing.”

Scotland’s First Minister Nicola Sturgeon accused the Conservatives of having “sold out Scottish fishing all over again”, adding: “Promises they knew couldn’t be delivered, duly broken.”

The share of fish in British waters that the UK can catch will rise from about half now to two-thirds by the end of the five-and-a-half-year transition.

A senior member of the UK negotiating team defended the fishing compromise as a transition to a point of “full control over our waters” but acknowledged that No 10 wanted the process to happen “faster”.

Meanwhile, the EU’s 27 member states indicated they will within days give their formal backing to the deal, which covers about £660 billion of trade to allow goods to be sold without tariffs or quotas in the EU market.

MPs and peers will be called back to Westminster on December 30 to vote on the deal.

The agreement will almost certainly be passed by Parliament, with Labour supporting it, as the alternative would be a chaotic no-deal situation on January 1.