The cost to ring Big Ben for Brexit was ridiculous so he made his own bell instead - called Lympstone's Little Bell. 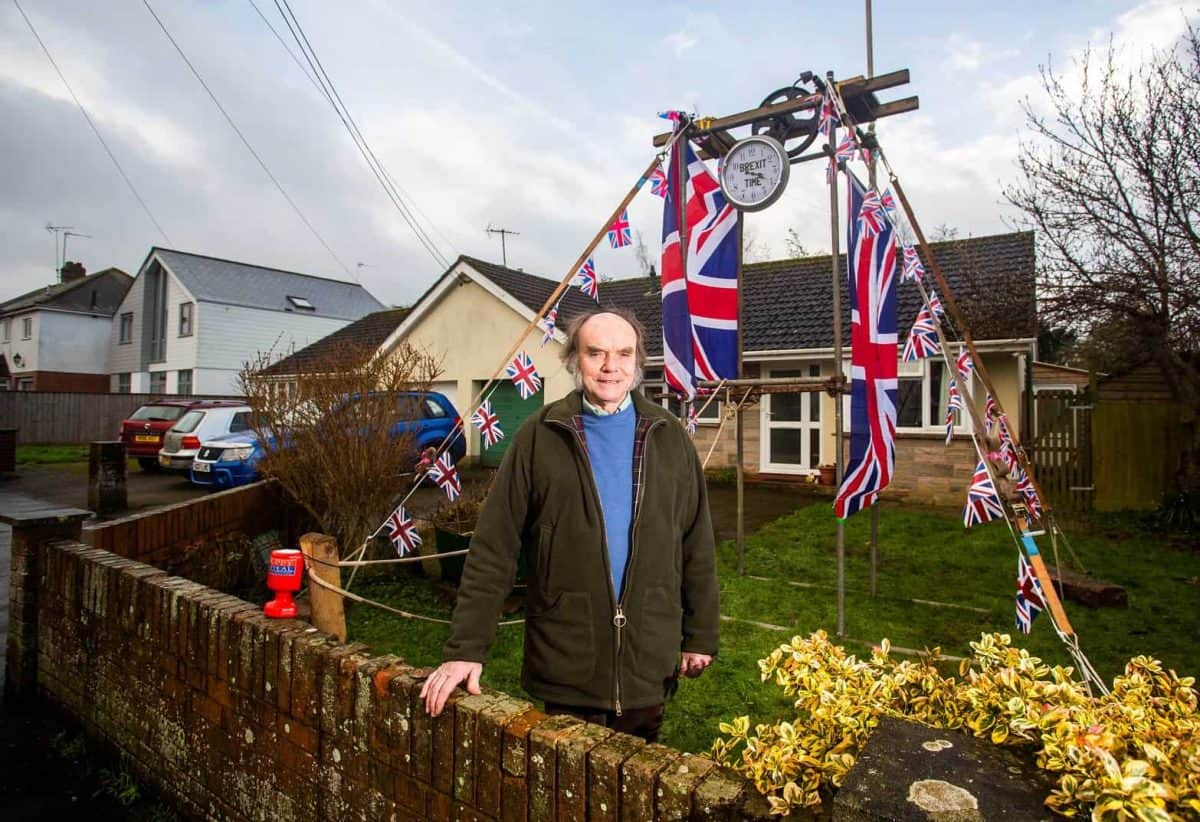 A proud Brexiteer erected his own ‘Brexit Bell’ which rang at 11pm on Friday in celebration of the UK leaving the European Union.

He was inspired to build his own ‘Brexit Bell’ after Prime Minister Boris Johnson’s campaign to have Big Ben ring when Britain left the EU failed.

A 15ft tower erected out of scaffolding poles and Union Jack flags, is proudly installed in his hometown of Lympstone, Devon.

There is a clock defaced with the words ‘BREXIT TIME’ in front of the bell which Dave will ring at 11pm, surrounded by members of his village.

Retired landscaper Dave said: “The cost to ring Big Ben for Brexit was just ridiculous so I thought I’d make my own smaller bell instead – I call it Lympstone’s Little Bell.

“The bell was really heavy so it was a struggle to get it on the top but it was worth it!

“I have been a staunch Brexiteer ever since we joined the EU – I never wanted to join.

“I actually voted against joining and then campaigned ever since to leave.

“There’s been a lot of talk about leaving Europe.

“We’re not leaving Europe – Europe is a continent. We’re leaving the EU which is a political union – there’s a big difference.

“I was against it when we joined the European Economic Area in 1973.

“I voted against staying in in 1975 and I campaigned against joining the European Union in 1993.

“I’ve been campaigning to get out of all this for a good 40 years now to anyone who would listen, and if it actually goes through at the end of the year, then I’ll be elated.

“Loads of people in the village have said they’ll come along to see when I ring the bell at 11pm tonight but I’ve got no idea how many people will turn up.

“I’ll be leaving the bell up all weekend for people to come and give it a bong.

“I’m collecting for Royal British Legion so if people pop a few quid in when they visit, that’ll be nice.”