US warplane draws penis in the sky over Russian naval base

It comes after Vladimir Putin attempted to cut off grain supplies to parts of the world struggling with hunger. 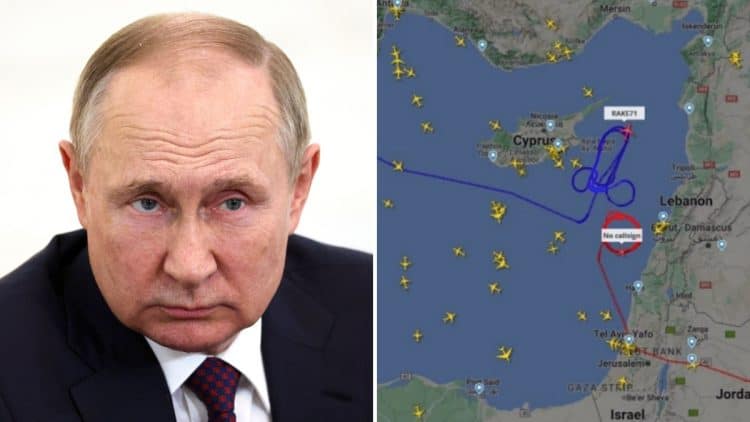 A US aircraft idled between Cyprus and Lebanon on Tuesday night near a Russian naval base, seemingly leaving a message in the sky for the troops below.

The American KC-135 Stratotanker refueling aircraft made a ballsy move by drawing a penis in the sky near Tartus, Syria according to history from FlightRadar24.

It came shortly after Vladimir Putin announced he had suspended Russia’s participation in a UN-brokered deal that ensures safe wartime passage of critical food supplies meant for parts of the world struggling with hunger.