It comes after Lord Frost told Johnson to "scrap these tax increases" to get "the economy growing again". 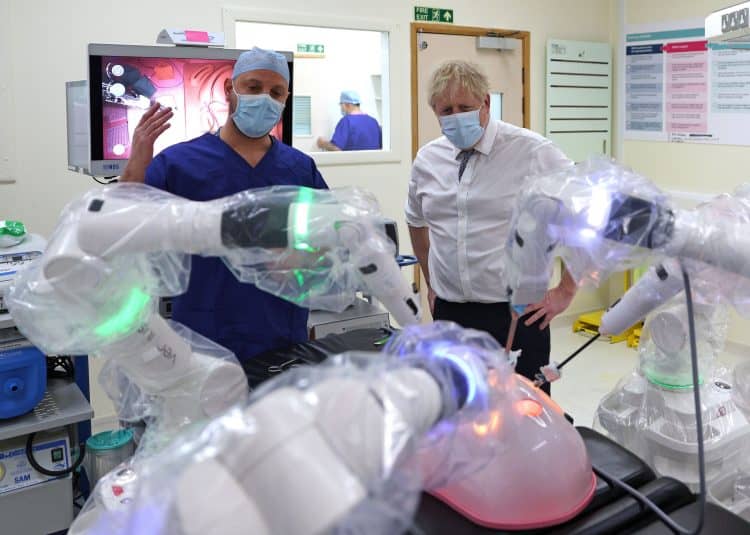 Pressure is intensifying on Boris Johnson to scrap April’s planned rise in national insurance after official figures showed government finances were in a healthier state than anticipated.

Borrowing was £13 billion lower than forecast, the Office for National Statistics said. MPs have claimed the resulting “growth dividend” is almost exactly the same as the sum to be raised by the new health and social care levy.

But Rishi Sunak has pointed to surging interest payments to insist the government can not afford to relax, with experts urging the chancellor to use the money for targeted relief to address the cost of living crisis.

Tory backbenchers are fearful the 1.25 percentage point rise to both employees’ and employers’ national insurance due in April will see the party punished at the ballot box, as the tax coincides with a huge spike in energy bills and spiralling inflation.

Downing Street insisted on Tuesday that there are “no plans” for a delay – but Boris Johnson is under increasing pressure from MPs who he is seeking to convince to back his flailing premiership.

ONS figures released yesterday showed the government borrowed £16.8 billion in December, the fourth highest total for the month since records began. Public sector net borrowing was estimated at £146.8 billion between April and December last year – a sum £12.9 billion less than predicted by the Office for Budget Responsibility, thanks to higher than expected tax receipts.

John Redwood, a former Tory minister, told The Times that the “massive surge in tax revenues this year means government borrowing [was] way below budget forecasts”, asking “why do they think they need a tax rise?”

Greg Smith, Tory MP for Buckingham, added “we need to U-turn on the national insurance increase” and argued for cutting spending elsewhere to pay for it.

He said: “A fiscal conservative like me will struggle with the concept of just borrowing our way out of it.

“It’s unambiguous that dealing with the NHS backlog and doing something on social care are absolutely priorities, but that means something else has got to give.”

It comes after Johnson’s former Brexit chief joined the growing number of senior Conservatives to call for the planned national insurance hike to be scrapped.

Lord Frost urged the prime minister not to raise the tax in April as cost-of-living is set to increase.

The former Brexit Minister – who resigned last month in protest at government tax increases – told the Daily Mail that the £12 billion tax hike was “never necessary or justified”.

Lord Frost said: “Given the new pressures on energy prices and inflation, it’s even more important now to scrap these tax increases and focus on getting the economy growing again. Allowing people to keep more of their own money is always the best way.”

He added: “The tax rises this April were never necessary or justified”.