The former NFL running back struggled to put on a glove whilst on trial for the stabbings of his ex-wife and her friend. 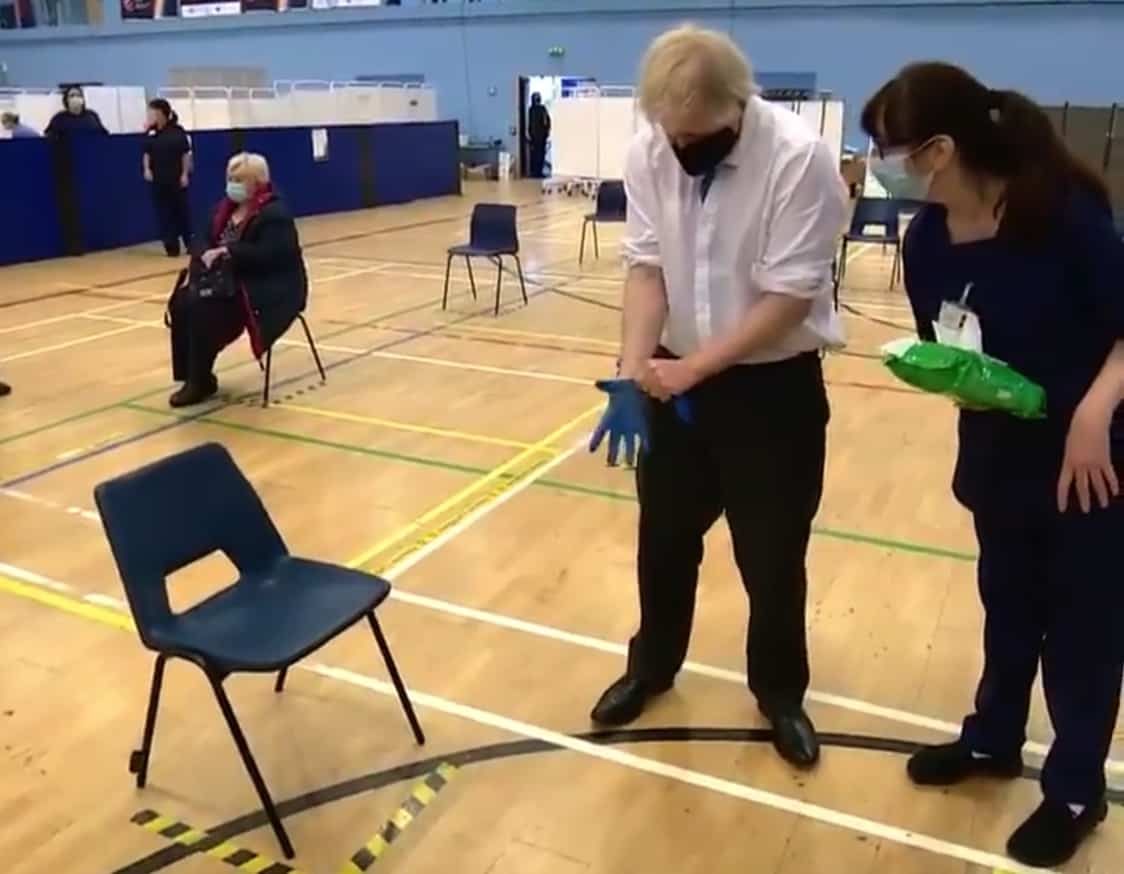 Boris Johnson added to his long list of distasteful comments today as he visited a mass vaccination centre in Cwmbran, south Wales.

NHS staff working in the gym hall have been administering jabs to thousands of people a day in one of the most successful vaccination regions in the country.

They have contributed to the UK hitting its target of offering a first dose to the four groups of people determined to be the most vulnerable by mid February, which was achieved at the weekend.

But not one to let good progress get in the way of distasteful remark, Johnson uttered that he felt “like OJ Simpson” while struggling with a pair of rubber gloves today.

The remark was made in reference to the former NFL running back who struggled to put on a glove while he was on trial for the stabbings of his ex-wife, Nicole Brown Simpson, and her friend, Ron Goldman, in 1994.

It led his defense lawyer, the late Johnnie Cochran, coming up with the iconic line, “If it doesn’t fit, you must acquit”.

‘I feel like OJ Simpson’@BorisJohnson struggles to get on a pair of rubber gloves while at a mass #Covid vaccination centre in Cwmbran, south Wales pic.twitter.com/P2GJ0zAivL