At only 11 days Johnson has lost a seat in a by-election faster than any prime minister since Asquith in 1908. 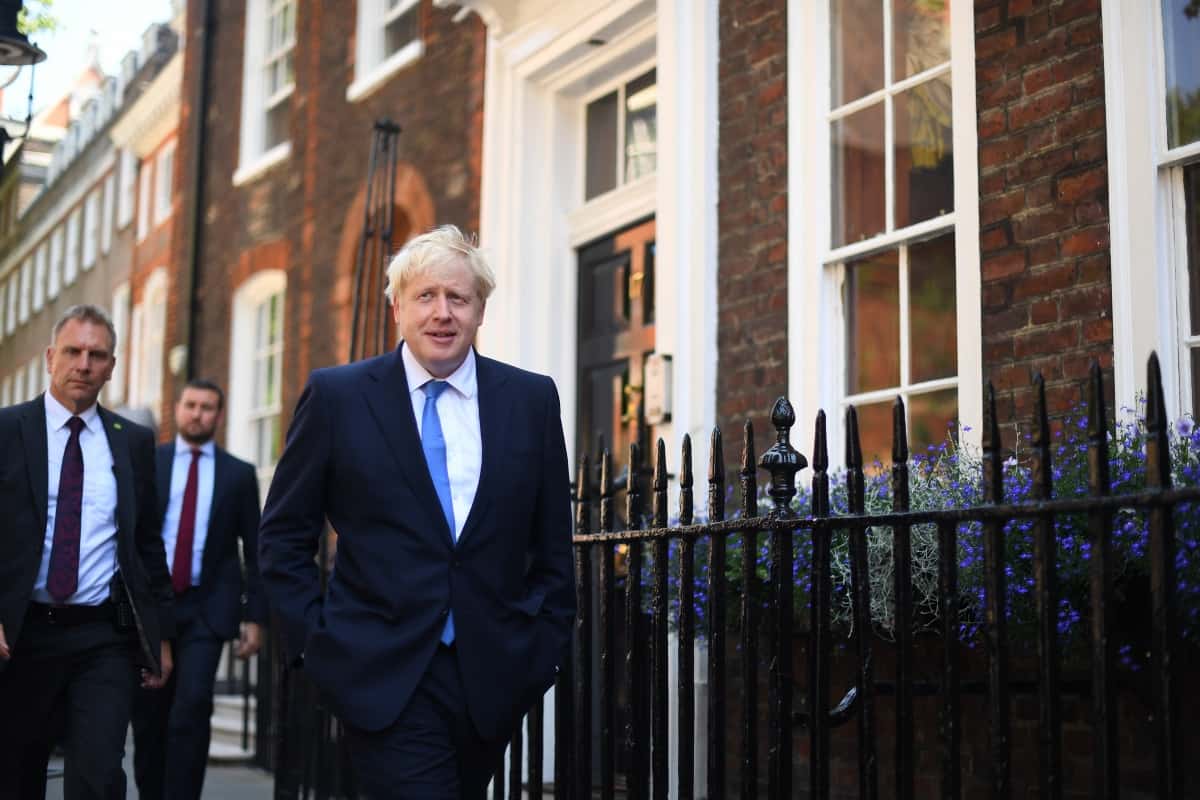 Boris Johnson has failed in his first electoral test as Prime Minister.

Johnson was been dealt a significant blow as the Conservatives lost the Brecon and Radnorshire by-election to leave the new Prime Minister with a working majority of just one.

The loss means Boris Johnson has become a record breaker. At only 11 days he has lost a seat in a by-election faster than any prime minister since Asquith in 1908 (16 days).

The Liberal Democrats won the mid-Wales constituency by a margin of 1,425 votes.

Mr Johnson’s first major challenge as Tory leader became his first major defeat with the announcement of Jane Dodds’ victory in the early hours of Friday.

The Tory loss will add to the PM’s challenges to steer Brexit through Parliament and may increase the chances of a snap general election.

The Welsh Lib Dems leader pushed into second place the Conservative candidate Chris Davies, who was the constituency’s MP until he was ousted in a recall petition after he admitted submitting false invoices for expenses.

Despite 19% of the electorate petitioning for his recall, the Tories selected Mr Davies to fight to reclaim the seat despite the fact he fiddled his expenses.

The vote may also be seen as an early victory for the “Remain alliance” of anti-Brexit parties, with Plaid Cymru and the Greens agreeing not to field candidates in order not to split the pro-EU vote. The weak Labour vote will worry the opposition party.

Though not quite as worrying as UKIP’s result – less votes than the Monster Raving Loony Party.

The loss leaves the PM with the support of 319 MPs, including the DUP which props up his majority, while opposition parties now have 318.

Some 19% of the electorate voted for his recall, well above the 10% threshold required.

Despite this, the Conservatives selected Mr Davies to try to win the seat back.

The turnout for the vote was nearly 60%, relatively high for a by-election.

The poll is seen as a test for the fledgling “Remain alliance” of anti-Brexit parties, with Plaid Cymru and the Greens agreeing not to field candidates in order not to split the pro-EU vote.

Commons Leader Jacob Rees-Mogg and Chancellor of the Duchy of Lancaster Michael Gove have both visited the constituency in recent weeks given the importance of the by-election, as had Boris Johnson.

What does the Brecon and Radnorshire blow mean for Boris Johnson?

Despite saying no-deal chances were ‘a million-to-one against’, the PM’s dwindling majority will increase fears the odds are shortening.

Now Boris Johnson’s working majority has shrunk to just one, what does this mean for the new Prime Minister?

Will Johnson now be able to get his Brexit through the House of Commons?

Mr Johnson was always going to face a battle to shepherd any Brexit deal through the Commons with so many MPs being firmly against his proposals.

But now it would only take a single Conservative MP, or a colleague from the DUP who prop up the Government, to vote with the opposition to scupper his plans.

Theresa May failed three times to get her Withdrawal Agreement through Parliament.

Mr Johnson was one of those MPs hostile to her deal, until the final time when he decided to back it.

Even if he does secure a new agreement with the EU against the odds, he will now face an even tougher challenge to get it through Parliament.

One way to improve the numbers would be for Mr Johnson to seek a general election.

There are lots of signs that the Tory Party is on an election footing, testing out hundreds of ads on Facebook for targeting and messaging.

But believing an election would surely increase the Tory vote in Parliament would be wishful thinking.

Theresa May called for an election when she appeared to be riding high in the polls.

Instead of bolstering her support, she lost the Conservatives’ majority and Jeremy Corbyn’s Labour made gains.

The picture seems even less clear now, with the added factors of the Liberal Democrats’ resurgence and the Brexit Party’s single-message strength.

Mr Johnson has ruled out seeking a snap election, though his spending pledges and promotion of Vote Leave veterans in his top team have fuelled speculation this move is on the horizon.

Is Boris Johnson now facing a vote of no confidence?

Labour leader Jeremy Corbyn could try and bring down Mr Johnson with a vote of no confidence. Other opposition party leaders have called on him to do so repeatedly.

Two weeks would have to pass without a new Government being formed following the move being backed by a majority of MPs, a situation now skewed slightly more towards Labour.

But, despite Mr Corbyn’s insistence he is ready to take on Mr Johnson at an election, it is also a risk for his party as it suffers from friendly fire and dips in opinion polls.

Is it now likelier there will be a no-deal Brexit?

Boris Pfeffel Johnson made a “do or die” pledge to pull the UK out of the EU on the October 31 deadline, regardless of whether a new Withdrawal Agreement is negotiated.

He has stressed that he wants to secure a new deal, but the EU says this is out of the question.

So too, the bloc says, is his desire to destroy the backstop seeking to prevent a hard border in Ireland in the event no final deal is brokered.

The so-called Gaukeward squad of Tory heavyweights, including namesake David Gauke and former chancellor Philip Hammond, are among those plotting against any no-deal attempt.

Mr Johnson has refused to rule out taking the controversial step of suspending Parliament in order to force his desire through against the opposition of MPs.

Despite predicting during his campaign that the chances of a no-deal Brexit were “a million-to-one against”, his dwindling working majority will increase fears that the odds are now shortening…