It comes after the Government launched a recruitment drive for 250,000 volunteers in good health to help vulnerable people. 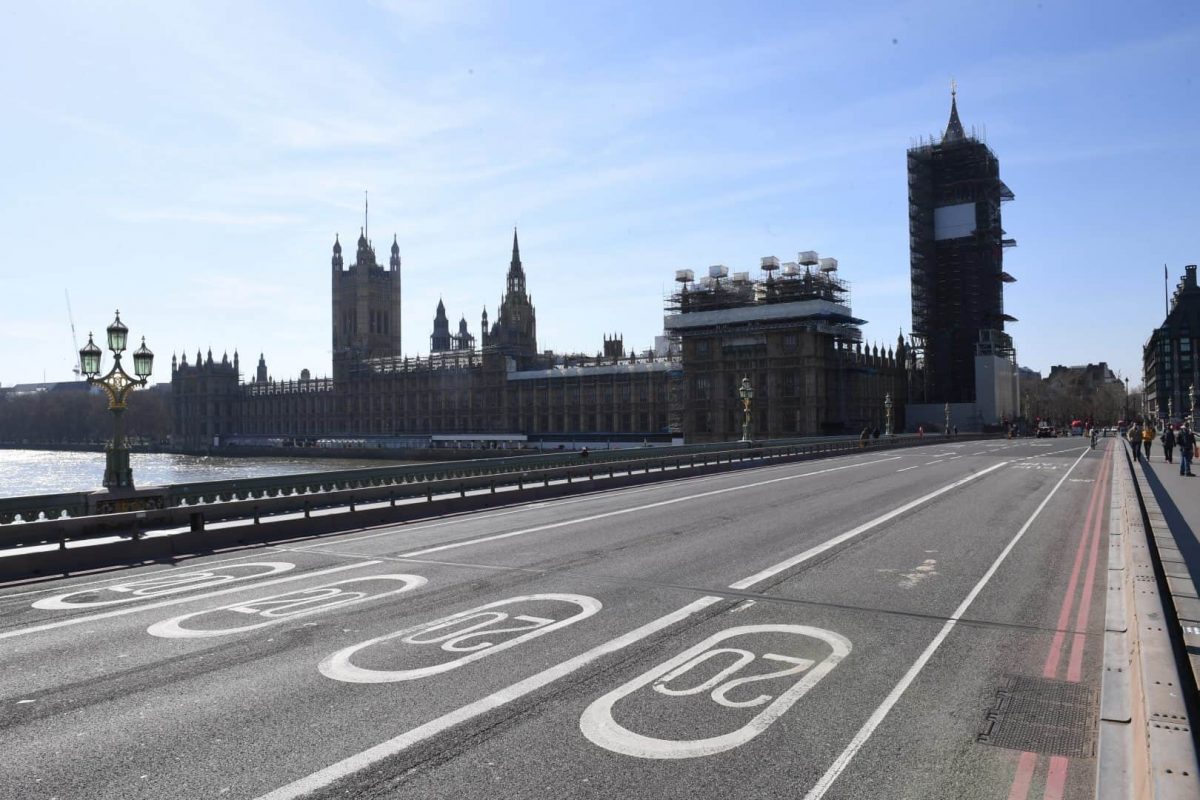 The Prime Minister is facing calls to increase restrictions on construction work as commuters continue to crowd on to London’s Underground network.

Political pressure for more stringent rules comes as Parliament looks likely to adjourn for an early Easter break after emergency legislation to tackle Covid-19 is approved.

The Coronavirus Bill is expected to received Royal Assent on Wednesday, with a motion tabled for the House of Commons to rise the same day until April 21.

With people filling busy Tube trains on Wednesday morning, Boris Johnson is being asked to ban non-essential construction workers from heading to building sites and help stop the spread of the virus.

Voices from across the political spectrum have argued for more stringent rules so workers are not placed at risk, and public transport is not overwhelmed.

Mr Johnson, who will appear before MPs on Wednesday for Prime Minister’s Questions in the Commons, has so far resisted the pressure.

Communities Secretary Robert Jenrick insisted it is “sensible” for construction workers to keep heading to work if it is “safe to do so” and employers follow Public Health England’s guidance on social distancing.

It comes as coronavirus lockdown measures were expanded to embrace a large swathe of the global population.

In India, some 1.3 billion people have been ordered to stay at home from Wednesday as part of the world’s biggest lockdown.

The Australian government has also imposed strict domestic and international travel bans, while New Zealand has declared a state of emergency and is preparing to go into lockdown for a month.

Meanwhile, the Chinese government is lifting the tight coronavirus lockdown in Hubei province, where the outbreak first originated.

In the UK, the chairman of the Doctors’ Association UK, Dr Rinesh Parmar, has warned that medics will be forced to leave the profession over a lack of personal protective equipment (PPE) available to safely treat patients during the pandemic.

Some 50 staff were reportedly off sick at a hospital in Essex.

The Government has launched a recruitment drive for 250,000 volunteers in good health to help vulnerable people, while Matt Hancock announced that an exhibition centre in London will be converted into a new NHS hospital.

The Health Secretary said people are needed to assist with the national effort to tackle coronavirus by shopping, delivering medicines and supporting those who are shielding themselves against Covid-19.

And he confirmed that a temporary hospital – the NHS Nightingale hospital – would be opening at London’s ExCeL centre, with 4,000 beds spread across two wards.

On Tuesday, it was revealed that the number of coronavirus dead in the UK had reached 422 – up from 335 the day before and the largest day-on-day increase in the number of deaths since the outbreak began. Northern Ireland later said there had been a further two deaths in the region.

In measures announced on Monday, the PM told people to only go to work if “absolutely necessary”.

But on Tuesday, Mr Hancock said those who cannot work from home, including key workers in the NHS and social care, should go to work “to keep the country running”.

The Health Secretary said construction workers were among those who could continue to work as long as they could remain two metres apart at all times.

But some builders and construction workers have said they feel “angry and unprotected” going to work, while others are under pressure from employers to go in.

Conservative former cabinet minister Sir Iain Duncan Smith added his voice to the calls, telling BBC Two’s Newsnight: “I think the balance is where we should delete some of those construction workers from going to work and focus only on the emergency requirements.”

Andy Burnham, mayor of Greater Manchester, told the programme: “This decision about allowing non-essential work appears to be taken for economic reasons when actually – when you’re in the middle of a global pandemic – health reasons alone really should be guiding all decision making.”

His comments came after Mr Hancock said that the London Underground should be running in full so that people are spaced out and can be further apart.

The Government is also under intense pressure to set out a financial support package for self-employed workers – measures senior Conservative MP Sir Iain said were soon to be announced.

“I believe the Government has reached a conclusion about that, the best way to do it is to look back over the average for the year but that does leave out some who haven’t been self-employed for over a year,” he told Newsnight.

Elsewhere, Mr Hancock said 11,788 recently retired NHS staff had responded to the call to return to the service, including 2,660 doctors, more than 2,500 pharmacists and other staff and 6,147 nurses.

“I pay tribute to each and every one of those who is returning to the NHS at its hour of need,” Mr Hancock said.

Some 5,500 final-year medics and 18,700 final-year student nurses will also “move to the front line” next week.

– The FTSE 100 index of leading companies jumped 9 per cent on Tuesday – its second biggest ever percentage rise and its highest ever points gain.

– The organisers of the Tokyo 2020 Olympic Games, due to begin at the end of July, agreed to postpone the event for a year.

– For the first time, all the UK’s mobile networks are sending out a Government message to customers with details of the new shutdown.

– Chancellor Rishi Sunak acknowledged it would not be possible to protect every job and save every business, but said the Government was “looking at pace at what support” can be given to the self-employed.

– Five hundred British Transport Police officers were due on the rail network to remind passengers that only those making essential journeys for work should be using the Tube and trains.

Mr Hancock also responded to criticisms about a lack of personal protective equipment (PPE) for frontline staff, saying 7.5 million pieces of PPE including facemasks had been shipped out in the last 24 hours.

A hotline enables NHS and care staff to request PPE if they do not have it, he added.

“If people are working on the front line to look after us, it’s vital that we look after them,” he said.