Jeremy Corbyn said: “The Prime Minister in the campaign made many, many promises and therefore has tremendous responsibilities to live up to. He will be judged on whether he keeps those promises or not by the communities that he has made them to.” 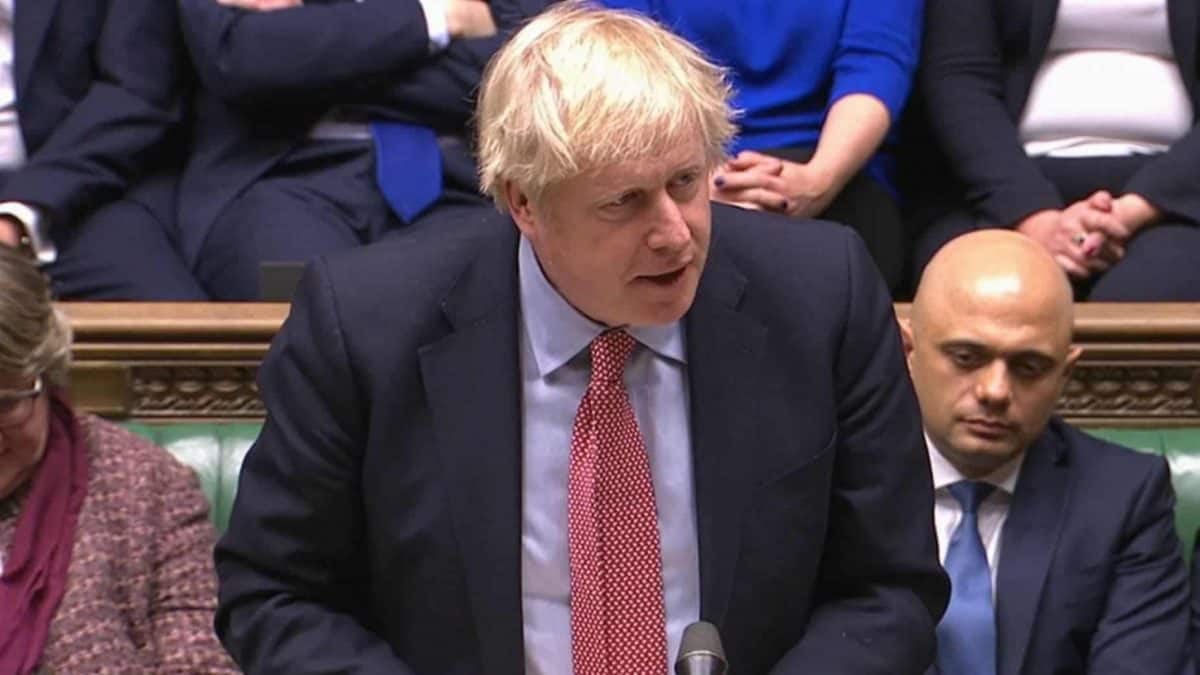 Boris Johnson has insisted voters have returned “one of the best Parliaments this country has ever produced”, as he rebuffed calls for Scottish independence and appealed for unity.

The Prime Minister marked the return of MPs to the Commons by hailing the new Parliament as a “vast improvement” on its predecessor.

He said this was due to its diversity and also because it was “not going to waste the time of the nation” over Brexit, with the Withdrawal Agreement Bill expected to be brought back on Friday.

Mr Johnson was loudly cheered by Tory MPs before falling silent as he paid tribute to those who died in last month’s London Bridge terror attack.

He told the Commons: “I’m sure the whole House will join me in sending our condolences to the families of Jack Merritt and Saskia Jones, murdered in the terrorist attack near London Bridge during the election campaign.

“And we pay tribute once again to the emergency services and the members of the public for the bravery they showed.”

Mr Johnson then congratulated Sir Lindsay Hoyle on his re-election as Speaker, before saying: “Mr Speaker, I don’t know what you think, but I mean absolutely no disrespect to those who are no longer with us but I think that this Parliament is a vast improvement on its predecessor.

“I wonder if you can guess what it is that this Parliament is going to do when we put the Withdrawal Agreement back. We’re going to get Brexit done.”

After his call for the Speaker to repeat his Brexit slogan, Mr Johnson joked: “Even your parrot, Mr Speaker, would have been able to cite that one by now.”

The PM repeated campaign pledges on the NHS, education and police before telling the House: “It’s my belief most honourable members in this House believe we should resist the calls of those who would break up the United Kingdom.

“And as the Parliament of the United Kingdom, we should politely and respectfully defend that partnership and that union.

“I can tell the House that after three-and-a-half years of wrangling and division, we in this Government will do whatever we can to reach out across the House to find common ground, to heal the divisions of our country and to find a new and generous spirit in which we conduct all our political dealings with one another that will last beyond this immediate season of Christmas goodwill.”

He added: “I’d like to offer my congratulations to the Prime Minister on winning the election and being returned to office and I want to pay tribute to those members from my party particularly who sadly lost their seats in the election and therefore will not be here – there are many we remember, but obviously Dennis Skinner is somebody that comes very much to mind on this occasion.”

Mr Corbyn also said: “The Prime Minister in the campaign made many, many promises and therefore has tremendous responsibilities to live up to.

“He will be judged on whether he keeps those promises or not by the communities that he has made them to.”

He said Labour’s job will be to hold the Government to account, before urging Sir Lindsay to defend democracy which, the Opposition leader warned, “is not a given”.

SNP Westminster leader Ian Blackford said his party’s “expanded” group welcomed Sir Lindsay to his role, noting: “These are uncertain and challenging times, the public are now looking at this place for leadership.”

Sir Jeffrey Donaldson (Lagan Valley), speaking on behalf of the DUP, said: “As the Prime Minister takes forward his proposals on Brexit, we want to ensure that Northern Ireland’s place in the United Kingdom is secured and the economic and political and constitutional integrity of the United Kingdom is respected.”