The PM's flat refurb is also being looked into, according to a list released in the aftermath of the local elections. 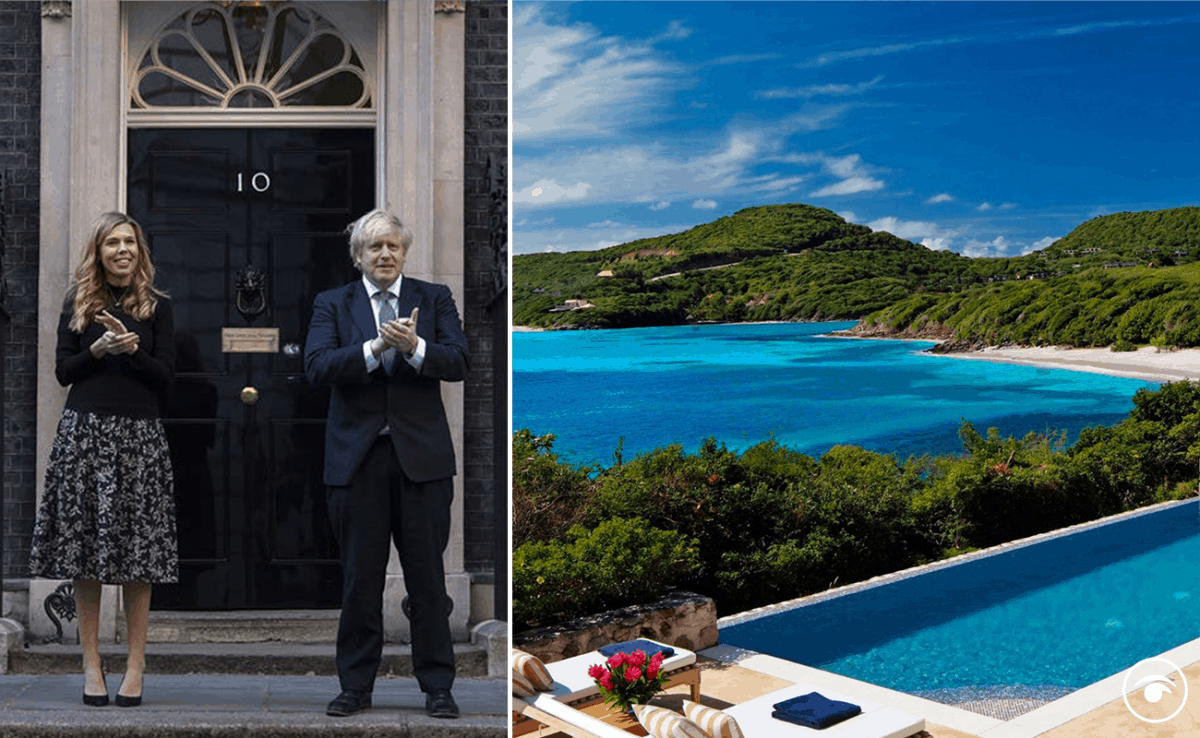 Boris Johnson’s Christmas holiday in the Caribbean is being investigated over possible breaches of Commons rules, it has been revealed.

The parliamentary commissioner for standards is looking into a 2019 jaunt to the island of Mustique, which the PM claimed was paid for by David Ross, a Tory party donor and former deputy chairman of Carphone Warehouse, at the time.

However, Mr Ross later denied he had paid for the holiday and said he did not own the villa where Johnson and his fiancée, Carrie Symonds, stayed.

That has prompted an investigation into the matter alongside questions over who paid for his flat makeover, with a possible suspension on the cards if serious breaches have occured.

The list of MPs under investigation had been kept under wraps during the campaign for the May elections, but has now been revealed by Kathryn Stone, the independent commissioner.

It shows she is acting on a complaint submitted by the Labour MP Margaret Hodge, which says parliament’s watchdog must probe who originally paid for lavish renovations of his flat, which are thought to have cost up to £200,000.

The Electoral Commission say “an offence or offences may have occurred”, with the mystery of who funded the island of Mustique holiday, thought to have cost £15,000, still under investigation.

Labour deputy leader Angela Rayner said: “The public have a right to know who paid for Boris Johnson’s luxury Caribbean holiday and the renovation of his flat.

“Most importantly, we need to know what these donors were promised or expected in return for their generosity.

“As we have seen over the last year, Tory donors have received a very high return on their investment in the form of government contracts.

“Boris Johnson needs to stop using the office of Prime Minister as an opportunity to fund his lavish lifestyle and enrich his mates.”

A spokesman for Mr Ross said in a statement: “Mr Ross facilitated accommodation for Mr Johnson on Mustique valued at £15,000.

“Therefore this is a benefit in kind from Mr Ross to Mr Johnson, and Mr Johnson’s declaration to the House of Commons is correct.”