Durrow Scarecrow Festival in Co Laois in the midlands is known for its wry take on current affairs. 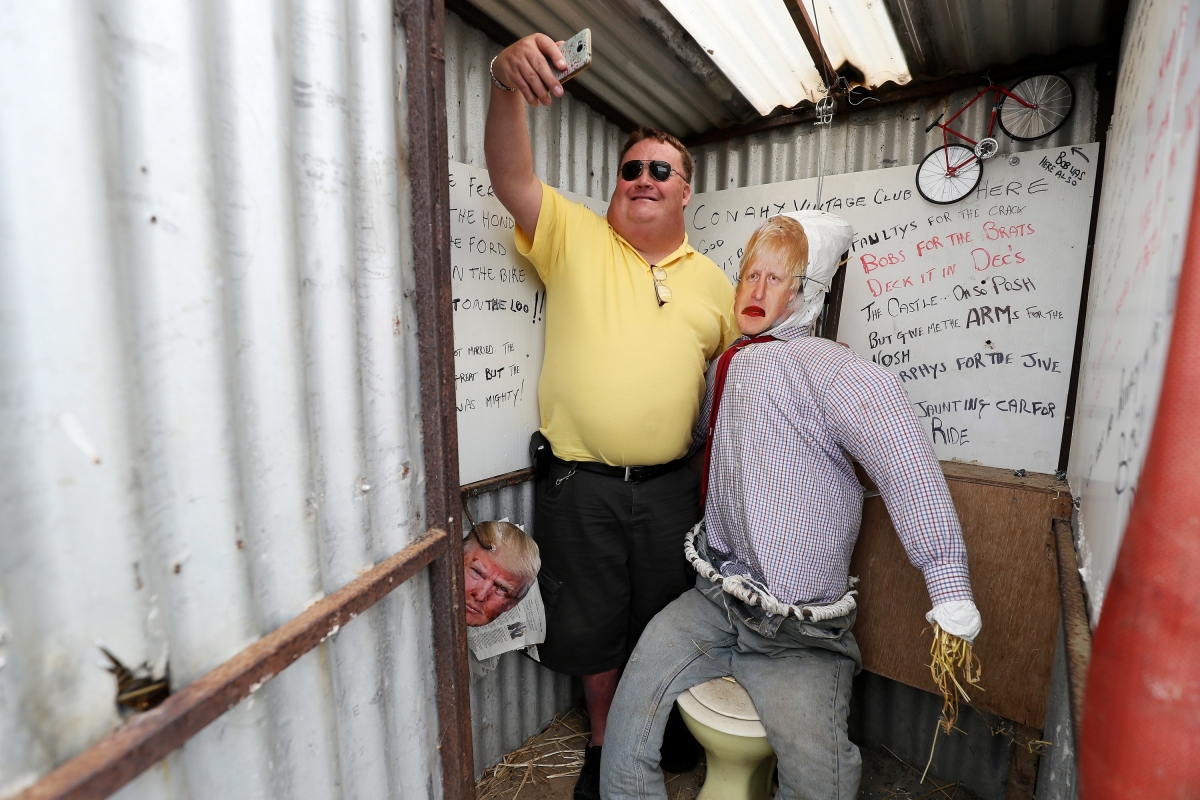 A scarecrow depicting Boris Johnson in a public toilet has gone on display in Ireland.

Durrow Scarecrow Festival in Co Laois in the midlands is known for its wry take on current affairs.

In previous years it has featured US President Donald Trump and last year a depiction of the Pope in his popemobile ahead of his visit to the Republic won joint first prize.

Festival chairwoman Evelyn Clancy said: “It has gone from strength to strength.”

She added: “We have some iconic scarecrows this year.”

Another depicting Mr Johnson facing the US president was entitled: “The spitting image of each other.”

Another entitled Rocket Men also featured Mr Trump as well as the Russian and North Korean leaders in a reference to the nuclear threat.

The festival is known for its topical subject matter.

Skilled craftsmen and women have put many hours of work into their creations.

This is the 10th year of the festival. One creation featured the Beatles on Abbey Road.

A Marilyn Monroe-themed scarecrow and a giant version of Irish boxing champion Katie Taylor in the ring entertained festival-goers.

Another involved a depiction of The Handmaid’s Tale, a novel about women’s rights.