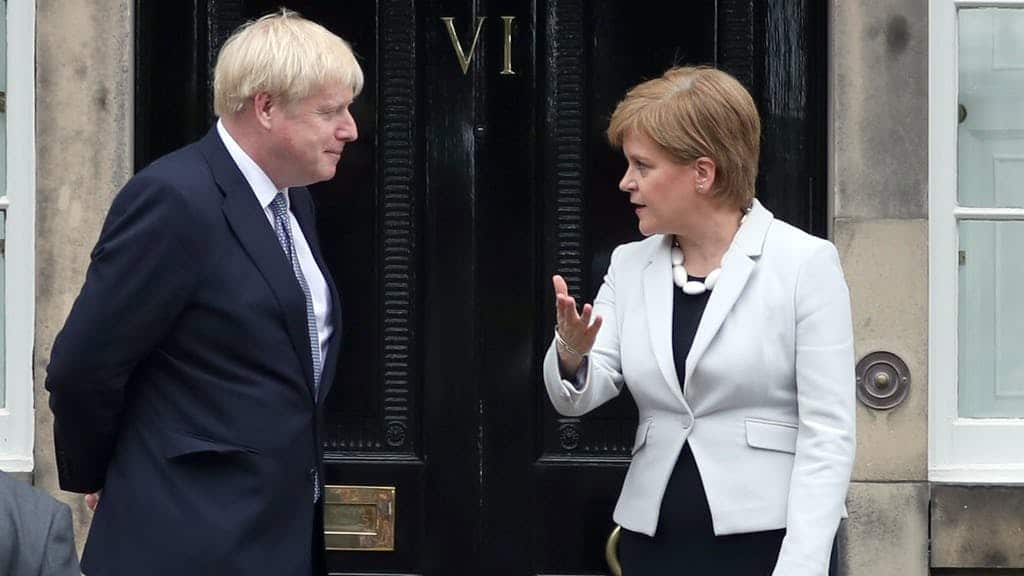 Boris Johnson has condemned “disgraceful scenes” in the United States as supporters of President Donald Trump stormed the Capitol in Washington DC.

Amid violent clashes with police, protesters breached barricades and were able to enter the building on Capitol Hill on Wednesday, disrupting politicians’ formal approval of Joe Biden’s election win.

According to reports, a woman who was shot inside the US Capitol during the protests died.

Boris Johnson tweeted: “Disgraceful scenes in U.S. Congress. The United States stands for democracy around the world and it is now vital that there should be a peaceful and orderly transfer of power.”

His comments came in the wake of tweets by SNP leader Nicola Sturgeon, who tweeted that the scenes from the Capitol were “utterly horrifying”.

She added: “Solidarity with those in (the United States) on the side of democracy and the peaceful and constitutional transfer of power. Shame on those who have incited this attack on democracy.”

Earlier this week the Prime Minister moved England into a national lockdown shortly after Sturgeon had imposed similar measures in Scotland.

It led to accusations that the PM is following his Scottish counterpart’s lead after he trailed in her wake on a number of key decisions.