The future PM also argued that fox hunters should break the law to continue the killings - saying it is unlikely the ban will be properly enforced. 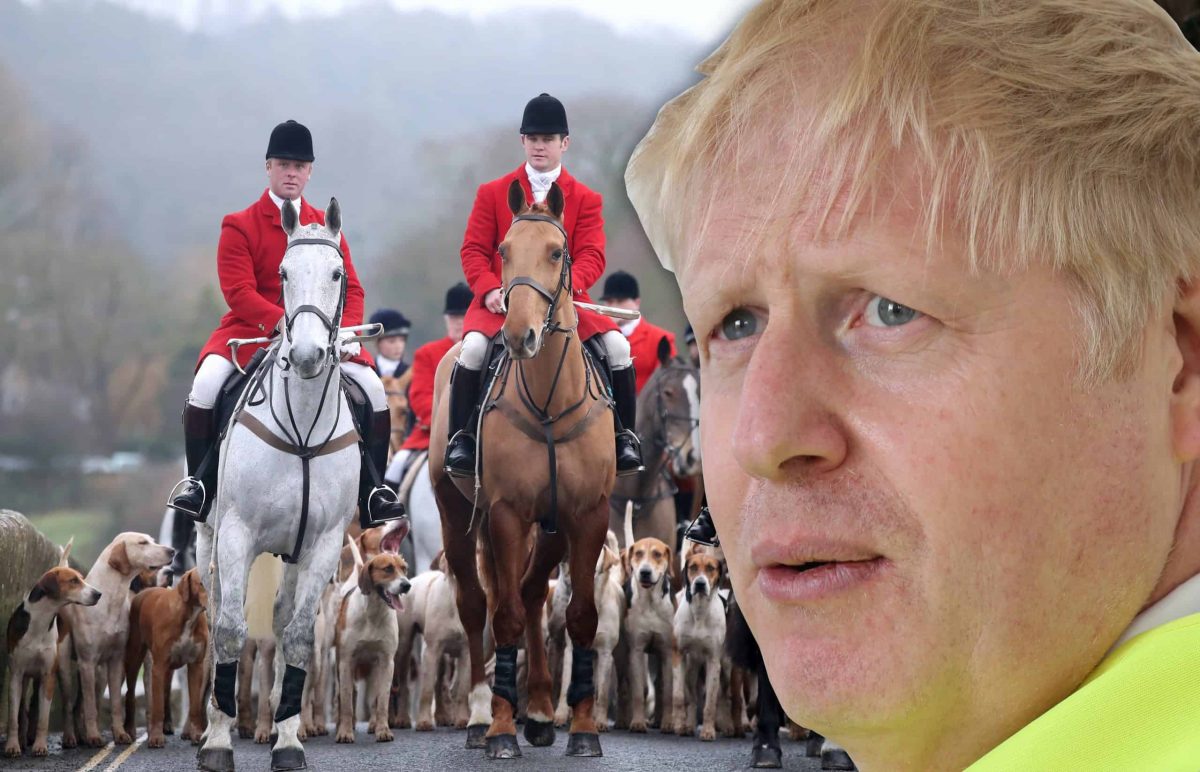 An article penned by Boris Johnson in 2005 has been making the rounds on social media after it unveiled some disturbing views on the banned sport of fox hunting.

Writing in the Spectator magazine, which he edited at the time, he confessed a love for hunting with dogs which in part stemmed from the “semi-sexual relation with the horse” and the “military-style pleasure” of moving as a unit.

The future prime minister argued that the imposition of the ban was “not about cruelty” but “a Marxian attack” by the Labour government on the upper class.

“It is a brutal and pointless liquidation of a way of life. They ban it just because they can; and the people I really despair of are those idiots who say that they ‘don’t care much one way or another'”, he wrote, adding:

“About five or six years ago I went to see Blair, and asked him why he was banning hunting. ‘Oh, I’m not one of those who would go hunting on a Saturday, nor would I go out protesting,’ he said. Is it not therefore doubly revolting that he has imposed this tyrannical measure, and voted for it himself?”

Someone tell Johnson you don’t have to fuck everything pic.twitter.com/EQA4LYJZWo

Arguing that hunters should break the law to continue the killings, Mr Johnson said it was unlikely that the ban would be properly enforced.

“I loved my day with the hunt, and hope they have the courage and organisation to keep going for ever,” he said.

“They are going out with the hounds this Saturday, and if the hounds pick up a fox, so be it. How will the poor cops prove mens rea?

“And will they not have to produce a fox in evidence? I hope that the hunt holds up the ban to the ridicule it deserves, that they defy the police and the magistrates and the government, until a new government can rescue an old tradition and restore it for the sake of freedom and freedom alone.”