“This is more of the same Conservative cronyism. This Prime Minister does not even care to hide it,” Labour said. 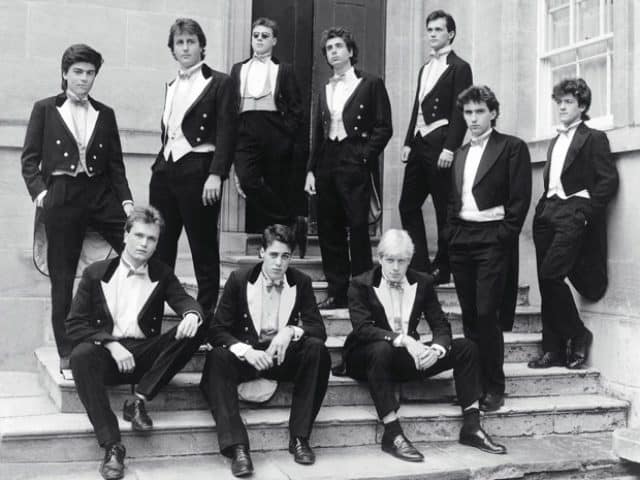 Boris Johnson has appointed a university friend to an independent sleaze watchdog that advises him on ethics in public life.

The Government insists that the Prime Minister’s decision to give Ewen Fergusson a seat on the Committee on Standards in Public Life was an “open and fair competition”.

But Labour has criticised the appointment of the City lawyer, citing it as an example of “Conservative cronyism”.

Mr Fergusson has spent most of his career at international law firm Herbert Smith Freehills and is a non-magistrate member of the Lord Chancellor’s advisory committee for south-east England, according to his official Government biography.

He features in a famous 1987 picture of Bullingdon Club members wearing contrasting black and white three-piece suits and bow ties while at university, with Mr Johnson in the front row and Mr Cameron stood towards the back.

The appointment by the Prime Minister, made on Thursday, will see his former university colleague take up one of the four independent posts, along with Oxford politics academic Professor Gillian Peele, on the committee currently chaired by Lord Evans, the former head of MI5.

Mr Fergusson and Prof Peele’s five-year terms start next month and they will be able to claim £240 for each day they work on committee business and for expenses incurred.

Deputy Labour leader Angela Rayner has called for all correspondence with No 10 relating to Mr Fergusson’s appointment to the advisory committee to be published.

“More of the same Conservative cronyism”

“This is more of the same Conservative cronyism. This Prime Minister does not even care to hide it,” said the shadow chancellor of the Duchy of Lancaster.

“The Government must publish all the correspondence between the Cabinet Office, the panel and Downing Street relating to this appointment.

“If it does not, it will confirm the suspicion that they think there is one rule for them and another for everyone else.

“Labour would clean up politics, starting with a single ethics and integrity commission with the power to oversee and enforce anti-corruption and ethics laws and regulations.”

“His application was carefully considered on its merits by the Advisory Assessment Panel, which interviewed him and found that he was appointable.”