It is more than five times the figure a month ago, with restrictions set to be relaxed from Monday. 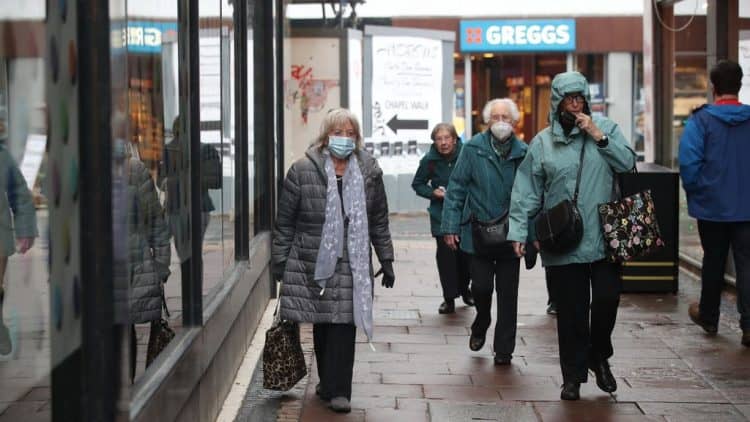 Coronavirus infections are continuing to rise across the country, with one in 95 people in England infected, according to new figures.

Data published by the Office for National Statistics (ONS) shows that more than half a million people in private households in England are likely to have had Covid-19 in the week to July 10.

The estimate for the number testing positive – 577,700 – is the equivalent of around one in 95 people, up from one in 160 people in the previous week, and the highest number since the week to February 6.

Data shows that at the same point last year, in the week to July 12, one in 2,300 people were estimated to have Covid-19.

In the latest data, all areas of England have seen a rise, with those in the North East the most likely of any region to test positive for coronavirus, at around one in 40 people.

Rates of infection have increased in all age groups but around one in 35 people from school year 12 (16 and 17-year-olds) to age 24 are estimated to have had Covid-19 in the week to July 10 – the highest rate of any age group.

Meanwhile, in Scotland around one in 90 people are estimated to have had Covid-19 in the week to July 10 – up from one in 100 in the previous week, and the highest level since the ONS infection survey began in Scotland at the end of October 2020.

For Wales, the ONS describes the trend as “uncertain” with an estimate of one in 360 people testing positive – broadly unchanged from one in 340 in the previous week and close to levels last seen at the beginning of March.

In Northern Ireland, the estimate is one in 290 people, broadly unchanged from one in 300 in the previous week.