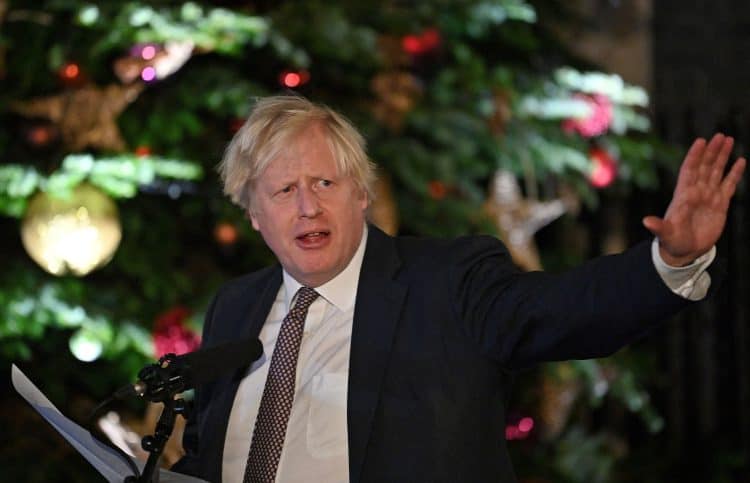 It comes after the Mirror reported that a number of festive gatherings took place at No 10 last year, breaching lockdown rules.

The newspaper claimed a Christmas party went ahead on 18 December when London was under Tier 3 restrictions – which closed pubs and restaurants, banned indoor social gatherings and limited outdoor socialising to six people.

In each case, the paper reported, there were 40 or 50 people crammed “cheek by jowl” into a medium-sized room.

The revelation was seized on by Sir Keir Starmer at PMQs on Wednesday afternoon – and the prime minister repeatedly failed to deny a festive bash took place, insisting instead that “all guidance was followed”.

‘The rules were clear’

But Sir Keir was not content with Johnson’ response, saying: “The rules were clear. They say you could not have a work Christmas lunch or party.

“Does the prime minister really expect the country to believe that whilst people were banned from seeing their loved ones at Christmas this year it was fine for him and his friends to thrown a boozy party in Downing Street?”

Johnson replied: “I have said what I said about Number 10 and the events of 12 months ago.”

The Labour leader responded: “The prime minister does not deny there was a Downing Street Christmas party last year. He says no rules were broken.

“Both of those things can’t be true, prime minister. He is taking the British public for fools”.

The Scottish National Party’s leader in Westminster, Ian Blackford, asked: “How are people possibly expected to trust the prime minister when he thinks it’s one rule for him and one rule for everybody else?”

But Johnson told him he was “talking total nonsense”.

‘One rule for him’

“But when you occupy Number 10 during a pandemic that’s not just wrong, it’s dangerous. We can’t have one rule for him and another for everyone else anymore.”

Johnson sought to highlight divisions within the shadow cabinet by responding to questions about the Number 10 event with a reference to Sir Keir’s own Christmas party scheduled for December 15, “to which, unaccountably, he has failed to invite the deputy leader”.

Sir Keir told him: “Nice try, but that won’t work.”

Related: Jacob Rees-Mogg investigated by the sleaze watchdog he tried to scrap