Doctors remove 1.6kg of metallic items, including jewellery, money, and a wristwatch from woman’s stomach

The patient has been undergoing psychiatric treatment for two months. 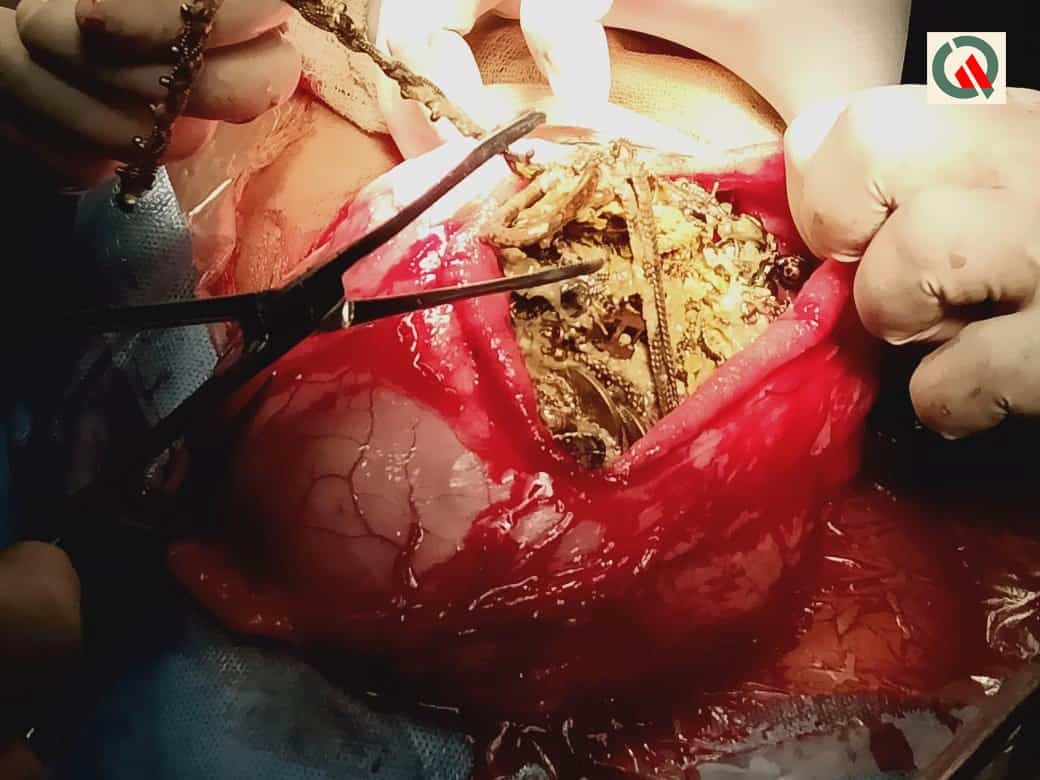 Baffled doctors had to operate to remove this whopping 1.6kg hoard of golden metal jewellery, trinkets, money and a watch – from a woman’s stomach.

The 22-year-old patient had suffered abdominal pain and thrown up after every meal for a week before she was admitted to hospital.

Sonography and x-ray tests revealed metal in her tummy – so surgeons at Rampurhat Government Medical College and Hospital, in India, operated to remove it.

Dr Siddhartha Biswas, head of the surgery department who led the operation, said the woman had ingested gold, copper, and brass items.

It is believed the woman, who is undergoing psychiatric treatment, may have taken the items from her brother’s costume jewellery shop.

Her family said: “We noticed that the ornaments were disappearing. But whenever we questioned her, she started crying and revealed nothing.”

The woman’s mother added: “Despite keeping an eye on her, she somehow managed to swallow all these objects. She was not well for the past two months.

“Before admitting her at the Rampurhat Government Hospital, we had taken her to various private doctors and she was on medication without any result.”

Dr Biswas confirmed the patient, from Margram in West Bengal, India, is stable, and she will soon be discharged.