In an explosive interview, Patel also criticised athletes who 'take the knee'. 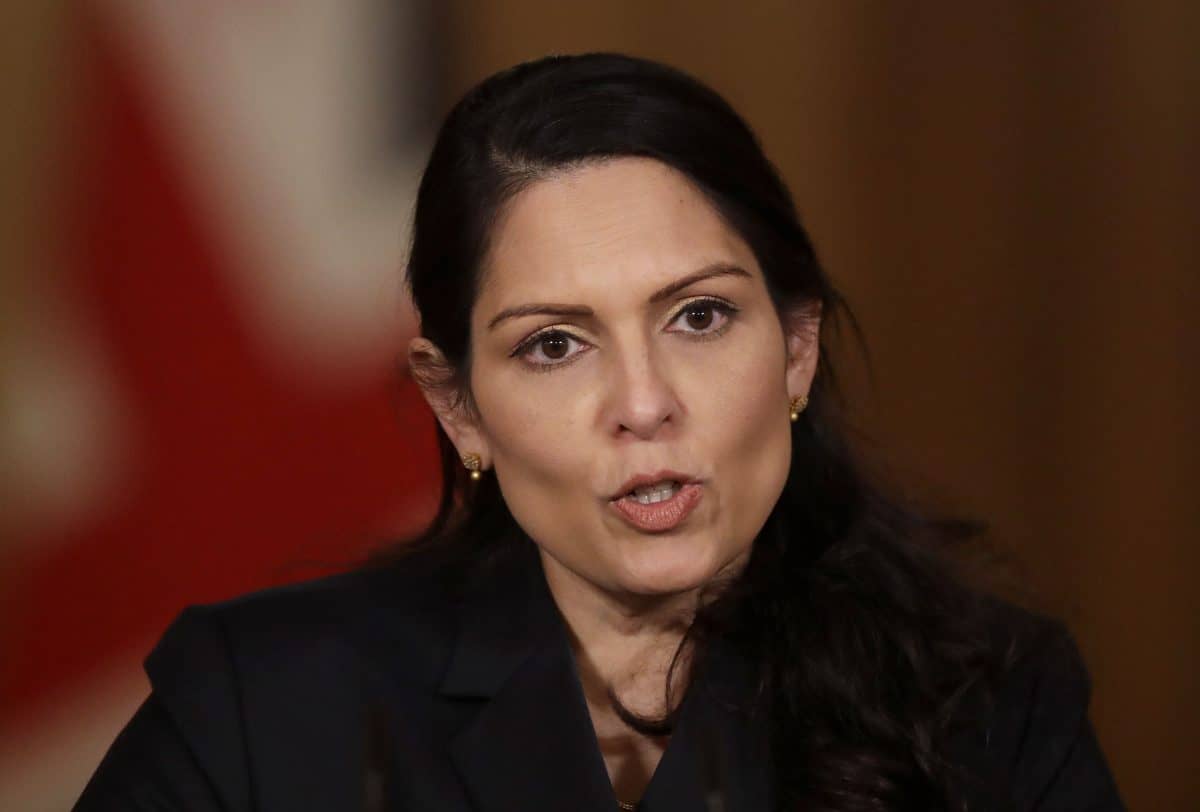 Priti Patel has lashed out at sports starts who ‘take the knee’ and described last year’s Black Lives Matters protests as “dreadful”.

Asked if she would adopt kneeling as a symbol of injustice, the home secretary said: “No I would not. There are other ways in which people can express their opinions.”

In an explosive interview on LBC, Patel also refused to express confidence in Metropolitan Police Commissioner Cressida Dick, claiming she “does a lot of great work” – but adding there were “questions” about her.

At one stage in the interview, Patel appeared to say she did not support any form of protesting – before clarifying she opposed the BLM demonstrations that swept across the country last summer, saying: “Those protests were dreadful.”

Taking aim at the targeting of statues, she added: “Protesting in the way in which people did last summer was not the right way at all. We saw statues being brought down. Some councils making, quite frankly, a stance around statues and street names. There are other ways in which those discussions can take place.”

With the head of the Met under fresh pressure over the force’s botched handling of a VIP child sex abuse investigation, which she set up more than six years ago, Patel said that she “does a lot of great work and she oversees the largest police force in the country.”

But, she added: “There are still questions, rightly so, some questions have been put to me today actually, very publicly in newspapers, and it’s right that I also look at these questions.”

Patel’s spokesman quickly rushed to issue a correction, releasing a statement which said: “As the home secretary said, she works with Cressida Dick every day. The home secretary has full confidence in her to do her job.”

But the spokesman declined to say why Patel refused to express her confidence in the UK’s most senior police officer during the interview.

The home secretary’s extraordinary comments comments came as a former High Court judge called on her to launch a criminal inquiry into the failed probe.

He heavily criticised the Met’s bungled investigation into false claims of a VIP sex abuse ring in Westminster in a 2016 report, which identified 43 police failings.

But the Independent Office for Police Conduct (IOPC) watchdog found no evidence of misconduct or criminality by the officers during the operation.

Former home secretary Leon Brittan was one of the men falsely accused by fantasist Carl Beech – then known as “Nick” – and died in January 2015 without knowing there was insufficient evidence to prosecute him.

His home was raided, along with those of D-Day veteran Lord Bramall and former Tory MP Harvey Proctor, before it emerged that all the claims were based on lies by Beech, who was jailed for 18 years in 2019 for perverting the course of justice.